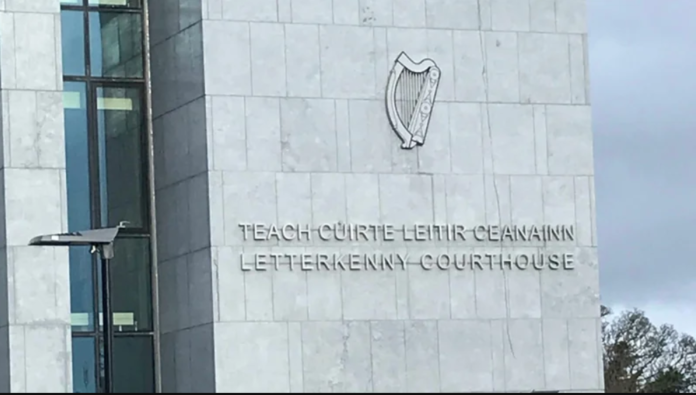 A 40 year old man pleaded guilty to beating his victim even when he was unconscious outside a nightclub in Donegal in 2017. The case was adjourned for another week for sentencing by Judge John Aylmer.

During this meeting, Mr Davenport informed Cantwell that he had met the accused’s ex partner earlier that evening. Both men subsequently ended up in Tul Na Ri Nightclub later that night. The pair had a drink together, before Mr Cantwell asked Mr Davenport to meet him outside the club for a chat.

The victim claimed that the next thing he remembered was waking up, covered in blood and struggling to breath as Mr Cantwell was choking him.

The victim was ultimately treated at Altnagelvin Area Hospital in Derry.

According to the medical report, Mr Davenport’s cheekbone was so badly damaged, he needed metal plates and screws fitted. Mr Cantwell was identified from CCTV footage, which showed him attacking Mr Davenport who had no time to defend himself.

The footage also shows Mr Cantwell kicking Mr Davenport repeatedly while he was unconscious. It also showed the accused holding his victim with one hand, and punching him in the face with the other.

“think twice about doing it again”

“I hope when Anthony hears this it will make him think twice about doing it again”, Mr Davenport had said in a victim impact statement, read out in court.

In this statement, Mr Davenport said that he had returned to his hometwon Cardonagh for Christmas, having been working in Dublin. He had also said, that he was just starting to get his life back together, after his marriage had failed and was looking forward to the new year.

Since this attack, Mr Davenport has undergone extensive counselling. He also keeps a weapon by his bedside, in one of many security measures he has taken.

He has also stopped socialising in Cardonagh.

Mr Cantwell issued an apology to Mr Davenport and said that he had €10,000 in compensation to offer the victim.

Mr Cantwell’s barrister, Timothy Morrow said that a proabtion report had said that his client was in an emotional state. The barrister also said, Mr Cantwell had taken issue with Mr Davenport, having split up with his partner.

He added that his client has alcohol issues, but added that this was no excuse for his actions. Mr Morrow also said Mr Cantwell had cut down on his drinking since the Covid-19 pandemic.

Judge John Aylmer had said that Mr Morrow’s plea on his client’s behalf had given him a lot to consider.

The case has been adjourned to next week for sentencing.

Beam Yourself To Bord Gais For a Star Date With William...