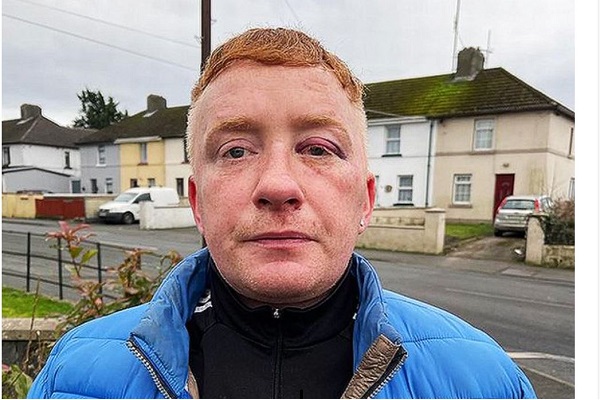 A man who brought the dead body of his uncle Peadar to collect his pension has claimed that he “didn’t know he was dead”.

40 year old Declan Haughey has insisted that he did not know his uncle Peadar Doyle, 66 was dead. He also denied trying to rob him.

Declan Haughey also stated that he is the “talk of the town” and has been branded a “murderer”. He also believes he has been accused of this, having previously stolen from his auntie.

“because I done it before”

Declan Haughey served two years for drug offences in 2009. Having admitted that he used to have a drug problem, he has claimed that the allegations made against him regarding his uncle come from his past issues.

“People know about that in the town you know. But that was 15 years ago. I’m off the gear three years and I’m doing well”.

Mr Haughey has a black eye and several facial injuries after being attacked following this incident last Friday.

Declan Haughey added that he believes his uncle was already dead before he even reached the Post Office. He believes that his uncle may have been dead before himself and another man took him under the bridge at Pollerton Road.

The pair continued on their travels and dragged him on the two minute walk from his home.

“So we linked him from here to there. He was walking like normal and then I reckon he died”, he said.

“This is no word of a lie, he started dragging his heels from you see the yellow sign that’s there? But we didn’t even think of it as anything. We were grand like then all of a sudden he started going all slumpy”, Haughey continued. “We thought nothing of it because Peadar had had heart attacks and all”.

Haughey claimed that his uncle “just dropped”, where he then realised that he was dead.

“We got in as far as the queue. We were holding him and when we got to the queue we let him go and he just dropped. He just dropped there and then”, he explained.

“Why would I try to rob my uncle’s money when I’m living in the house with him and we’re sharing the bills?”.

Mr Haughey has not been arrested for this. He also gave a voluntary statement to Gardaí.

“He’s my uncle. The man who reared me. I’m shellshocked. My heart is torn in two”, he said.

German Train Company Were Going To Use ‘Hostile Music’ To Deter...