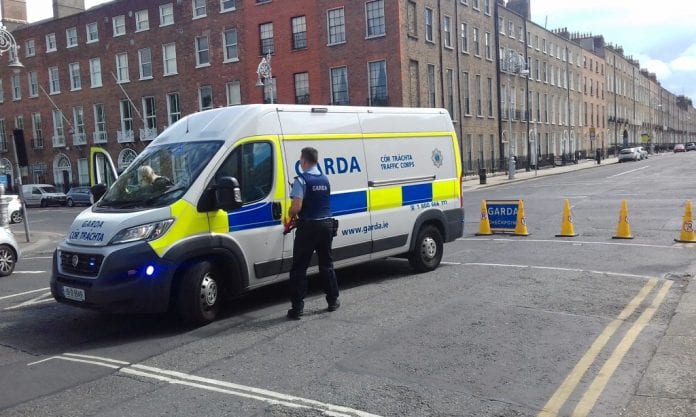 A manhunt is underway as Gardai are trying to track down three raiders behind a cash-in-transit robbery on Dublin’s northside. A black cash-in-transit van was parked on Main Street in Clongriffen at around 2 o’clock yesterday afternoon, while collecting cash from a business premises.

A white Ford Transit van with three men inside, with a 08 D reg, and a full roof rack pulled up alongside it. One of them jumped out, onto the roof of the black van and cut a lock to get in.

He then drove off in it followed by the white Transit, which was later set on fire. Both vans were found a short distance away at Railway Court, an attempt was made to also set fire to the cash-in-transit van – it’s contents were stolen. The manhunt continues.

Gardaí are appealing for witnesses to contact Coolock garda station.