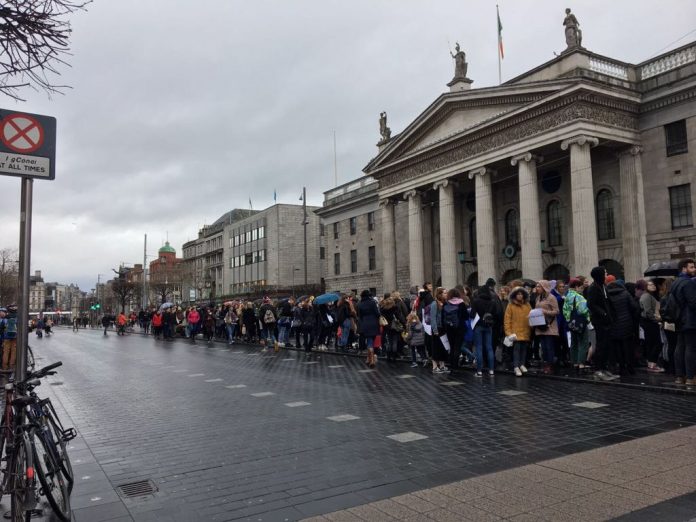 Another march will take place today to support people who’ve reported rapes and to seek improvements in how they are treated in the courts system.

It follows multiple marches in cities throughout Ireland on Thursday.

Today I stood on O'Connell St with a large crowd of (mainly) women, crying out for justice, equality & human dignity for violated women. I'm angry that we had to be there, but I'm also grateful for every single person who was there #IBelieveHer

On Wednesday all four defendants in the Belfast rape trial were acquitted.

Today’s march is organised by TD Ruth Coppinger and will begin at 2pm at Dublin’s City Hall on Dame Street.

More than 1200 people on Facebook have indicated they will attend the march.