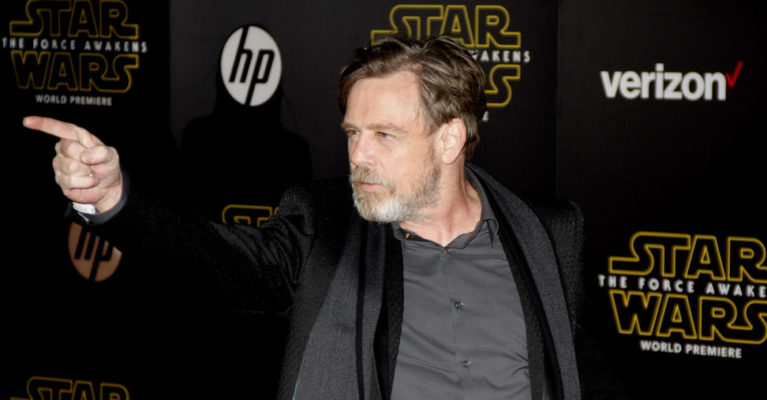 Star Wars legend Mark Hamill has sung the praises of a young fan who was being bullied. Aiden Vazquez is a 10-year-old fan from California and the kid was hospitalised after deciding not to retaliate against aggressive bullies because it wasn’t “the Jedi way”.

Speaking to ABC13 earlier this week. young Jedi Vazquez said, “I told my mom, I got it from Star Wars, that it’s not the Jedi way,”

Now, the budding master has received the best Star Wars seal of approval a trainee could get. Soon after, Mark Hamill was informed of the youngster’s plight and he took to Twitter to champion the young Knight, “SHOUT OUT to Aiden Vazquez for his courage & wisdom in the face of adversity”, Hamill posted. “I’m so proud of you for showing that you can be a Jedi in real life. Congratulations, Aiden- The Force will be with YOU… Always!!! Your fan, mh.”

SHOUT OUT to Aiden Vazquez for his courage & wisdom in the face of adversity. I’m so proud of you for showing that you can be a Jedi in real life. Congratulations, Aiden- The Force will be with YOU… Always!!!
Your fan, mh https://t.co/jkWqrhMaC0

In a response to Hamill, one fan wrote: “You’re a great #Jedi and a very courageous, wise, brave, and compassionate young man #AidenVazquez!

“There are a lot of people in this world who should take an example of your actions. It would be much better and more peaceful world. I guess that’s what Jedi do! You’re a man of #PEACE!”

Meanwhile, it has r been recently confirmed that actor Hamill will return for the final episode of the Star Wars sequel trilogy, which is due for release in 2020. However, the exact nature of his return is yet to be revealed, filming has already begun.