Home News Taoiseach Unsure If Any Law Has Been Broken By Fianna Fáil Members... 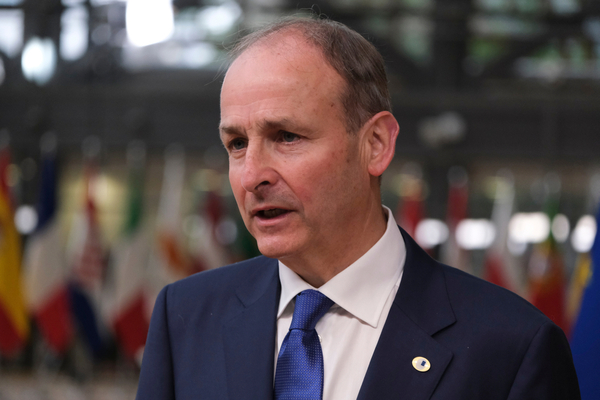 Micheál Martin has said he does not know if the law was broken by Fianna Fáil canvassers posing as pollsters. Speaking in a radio interview this morning, the Taoiseach admitted his party had used the practice before 2007, although, no personal data was kept on people.

“The party members were used to supplement polling companies who oversaw polling exercises before 2007. Now, that was a wrong practice issue, in my view, looking back on it, it shouldn’t have happened. When you got to a door and you don’t say who you are, but that is not right. And it’s not proper,” he said.

The Taoiseach told reporters that he has never commissioned polls himself, giving assurances that it has not occurred in the past 14 years. Martin explained that Fianna Fáil’s press office statement, released over the weekend, was issued in “good faith and in error”. He has made it abundantly clear that his party has always used outside polling agencies since he became party leader.

However, Sinn Féin TD Eoin Ó Broin has defended the “informal polling”, as it was “widespread and common practice”. Speaking this morning, Martin said no fake identity badges have been used by his party’s pollsters.

“My understanding, from what I’ve learned from party headquarters, that there wouldn’t have been fake IDs or anything like that but that the party members were used with polling companies at the time, in terms of a lot of polling that was done prior to 2007,” he said.

Martin revealed the practice has been discontinued, with only professional polling companies being used by Fianna Fáil now. “I don’t know if it broke the law, no data was record, I’ve been assured no personal data in relation to the people at the door, you know, was taken or recorded”.

The Green Party confirmed in a statement that they too had used the practice, although it has been discontinued.

“When we initially asked around internally yesterday it appeared that no-one in the party had ever engaged in using volunteers to carry out polling using a false company name. However, it later emerged that there may have been some isolated incidences of this taking place in some constituencies over a decade ago. To be clear, this is not something that the present-day party approves of or would ever engage in,” the statement said.

The Data Protection Commissioner has confirmed it has written to Sinn Féin about the practice.

Leo Attempts To Lurch Out Of Trouble As He Details Texts...