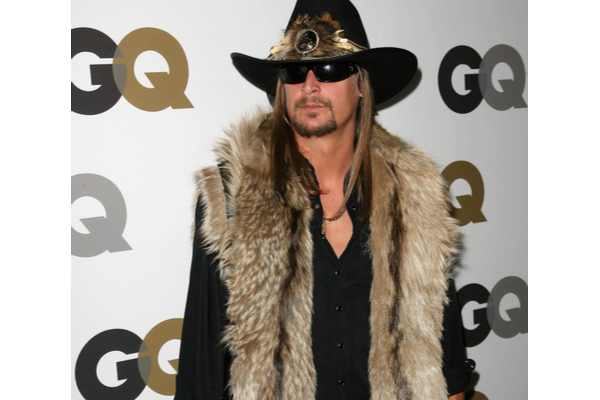 American rocker, Kid Rock has addressed the recent news surrounding his recent use of a homophobic slur on stage. The 50-year-old rocker ranted about audience members filming on their phones while performing on stage at FishLipz Bar & Grill in Tennessee.

According to reports, shocked members of the audience recorded Kid Rock shouting “f*** your iPhone” and rebuking “you f****** f*****s with your iPhones out!!!”. Reports also state that security at the establishment navigated the room, telling people to put away their phones.

Tweeting in the third person on Wednesday, the musician – real name Bob Ritchie – repeated the slur as he addressed his behaviour. The rocker then goes on to claim he has “love” for his gay friends.

“If Kid Rock using the word f-t offends you, good chance you are one,” the rocker tweeted. “Either way, I know he has a lot of love for his gay friends, and I will have a talk with him. Have a nice day. -Bob Ritchie.”

One user wrote:  “I am so confused right now. You used your real name to justify your stage persona’s bad behaviour?”. “And trotting out the old Clanger ‘some of his best friends are gay.’ Yes I had to Google ‘Bob Ritchie.’ No I’m not gay, just open minded.” Another added: “Funny how bigots always claim to have friends of whatever particular slur they happen to be slinging” .

Kid Rock is no stranger to impromptu public tirades, as shown In December 2019, when he lashed out at Oprah Winfrey. While standing on stage in his Big Ass Honky Tonk Rock N’ Roll Steakhouse in Nashville, the musician could be heard offending the star through a microphone.

“F*** Oprah. Oprah Winfrey is, like, ‘Hey, I just want women to believe in this shit.’ Fuck her. She can s**k d*** sideways”. While appearing on The View, Kid Rock took aim at co-host, Joy Behar,  before he was reluctantly escorted offstage by the venue’s security officials.

Slash Confirms  A New Guns N’ Roses Album Is On The...