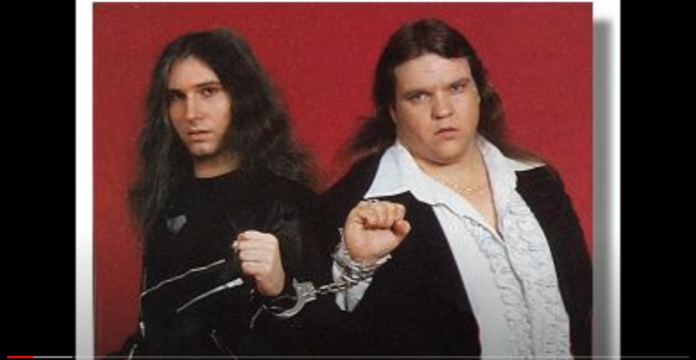 The pair first met whilst Steinman was writing music and lyrics for the musical “More Than You Deserve”. This play co-starred a young Mark Lee Aday before he became Meat Loaf.

“From the minute he walked in, I was stunned”, Steinman said of Meat Loaf’s audition in a 2003 interview. “I thought he was astonishing. He’s just one of those people who walks in and it’s the equivalent of an enormous cat p*****g on the door. Just stakes territory immediately”.

His partnership with Meat Loaf had spanned over 40 years. This partnership began when Steinman wrote Meat Loaf’s debut album “Bat Out of Hell” from 1977. Hits included “You Took The Words Right Out Of My Mouth”, while “Paradise by the Dashboard” was certified Platinum 14 times by the RIAA.

Along with this album, Steinman also wrote most of the material of Meat Loaf’s next three albums. These albums include Dead Ringer from 1981, along with 1983’s Bat Out of Hell: Back in Hell and 2016’s Braver Than We Are.

The Bat Out of Hell sequel also topped the Billboard 200. It also went platinum 5 times and spawned the Number 1 hit, “I’d Do Anything for Love (But I Won’t Do That)”. It was also credited with bringing Meat Loaf back to stardom amongst a new generations of listeners.

Steinman also had hits of his own, including “Rock and Roll Dreams Come Through”. He also co-wrote the track “More” by Sisters of Mercy.

Meat Loaf paid tribute to a man who he called his “brother”. Alongside some photographs, the singer wrote, “Coming here soon, my brother Jimmy. Fly Jimmy fly”.

Steinman also contributed to many hits as well as Meat Loaf. This includes “Total Eclipse of the Heart” from Bonnie Tyler.

Tyler also paid tribute to Steinman, “Jim wrote and produced some of the most iconic rock songs of all time and I was massively privileged to have been given some of them by him”.

“I made two albums with Jim, despite my record company initially thinking he wouldn’t want to work with me, thankfully they were wrong”, Tyler said.“I will always be grateful to him for the opportunity to work with him and also to know him too”.