Home Entertainment Mike Tyson Claims He Smokes $40,000 Worth Of Weed Every Month 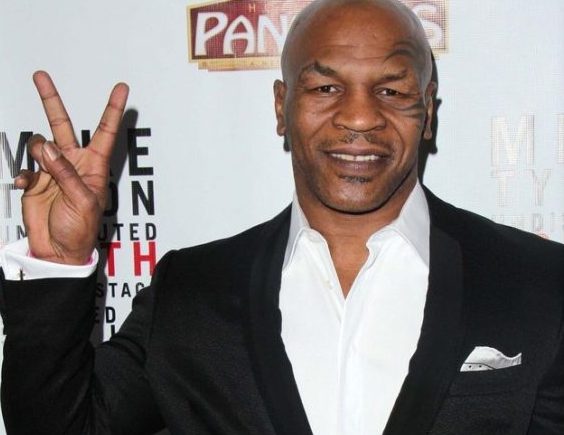 Since hanging up his boxing gloves over ten years ago, the former heavyweight champion seems to have chosen a different type of total knock out.

It’s reported that Mike Tyson has opted to make headways into the marijuana industry.

The former boxer claims he smokes at least $40,000 worth of mary jane each month.
Tyson revealed the massive amount during the latest episode of his podcast, Hotboxin’ with Mike Tyson.

In a chat with his special guest Jim Jones, Tyson asked: “What do we smoke a month?” Tyson then directed the question to his co-host, Eben Britton. “Is it $40,000 a month?”
“Oh, I don’t know,” replied Britton, himself an ex-pro athlete. “We smoke ten tons of weed a month at the ranch.”

Consequence of Sound reports that Tyson has been smoking since he was 10 years old:
“$40 grand,” “Ain’t that crazy? That’s crazy shit, right? We take it for granted.”

Tyson and Britton’s huge stash is sourced comes from the pair’s “ranch,”. Which is a 420 acres site of land located in California.  The keen botanists have plans to open a weed-themed resort to the public,

“We’re going to make this an oasis in the fucking desert, man. We’re gonna have golfing shit there. Cannabis friendly, my friend. One acre-long lazy river, wave pools you can fucking surf … you can surf up there. We’re going to have like 100 chateaus where you can bring your broad, you can bring your family, you can lay out and you won’t even know you’re in California. You’ll think you’re in the Bahamas somewhere.”

According to CBS, Tyson was fined $200,000 after he tested positive for weed following his 2000 match with Andrew Golota. Now, the 53-year-old is wholly legit and literally rolling in it. Check out the podcast below,