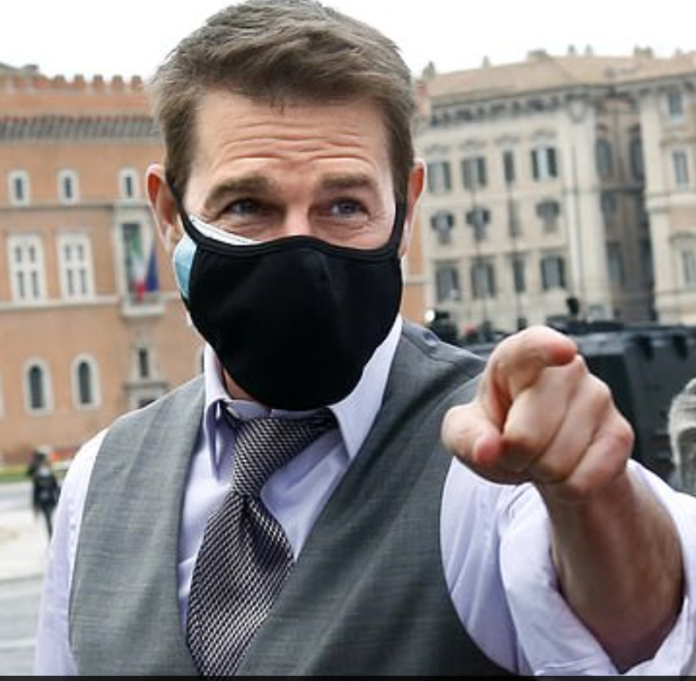 Actor Tom Cruise has reportedly “launched into a second furious rant”. As a result 5 members of the film crew for Mission Impossible have reported to have quit as “tensions” build.

It has been reported that the actor gave another x-rated rant after he caught members of staff breaking Covid-19 protocols.

A source has claimed that after news of Cruise’s first outburst was made public, there has been “more anger” at an already “tense” production.

A source said, “Tensions have been building for months and this was the final straw. Since it became public there has been more anger and several staff have walked”.

“But Tom can’t take any more after all the lengths they have gone to just to keep filming at all. He’s upset that others aren’t taking it as seriously as him”.

They also added that Cruise feels responsible for the production, as he has put so much time and money ensuring that precautions are in place so that filming can still go ahead.

He has apparently even paid £500,000 of his own money to pay for a cruise ship for any members of staff who need to self-isolate.

Cruise is said to have scoled several members of staff for not following social distancing rules at Warner Bros Studios.

Audio footage leaked the actor saying, “If I see you doing it again, you’re f**king gone”.

“And you, don’t you ever f**king do it again. We are not shutting this f**king movie down”.

The actor was reportedly angry at seeing two staff members less than a metre away from each other at a computer screen. Something which Whoopi Goldberg has defended him for. See here.

Filming for the latest Mission Impossible movie is well under way.

Cruise will reprise the character Ethan Hunt. Last month, he was seen getting behind the wheel of a vintage yellow Fiat 500, preparing for dramatic stand-off scenes with a squad of police cars.

He was attempting to drive his small vehicle down a wide street in Rome. Filming was also said to have taken place in Britain, Venice and Norway.

In October, Cruise had held crisis talks with director Christopher McQuarrie after 12 people on set tested positive for the Coronavirus.

Cruise and McQuarrie also urged members of the public to remain socially distant, while they waited to see the stars. The actor has been wearing a mask while filming scenes and keeping an eye out for Covid rule breakers.

Mission Impossible is due for release on 19 November 2021. More information below.