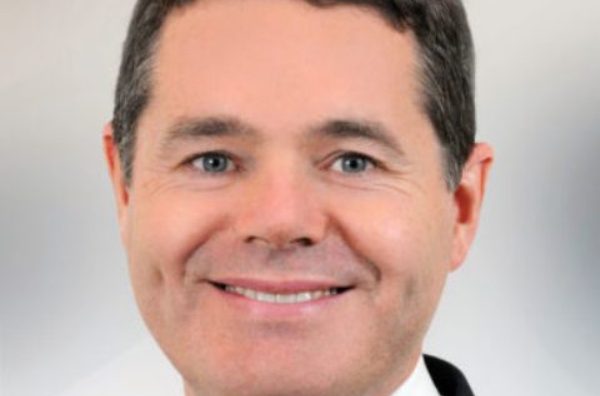 Fianna Fáil’s Transport, Tourism and Sport Spokesperson, Robert Troy has said that the additional funding allocated to the tourism sector must be targeted to support areas of the industry potentially affected by the increase in the VAT rate.

“Minister Ross must ensure that additional funding is used to support marketing Ireland to international audiences to ensure that we maintain our strong visitor numbers.

“Smaller businesses in the tourism sector outside of the capital are paying the price for perceived buoyancy in the overall tourism sector which in reality is only being felt in Dublin and larger urban areas.

“The Department of Transport, Tourism and Sport must engage with regional stakeholders and introduce supports to businesses that may lose out because of this VAT increase.

“Irish tourism cannot be viewed as one homogenous group. There is a gap in terms of profitability between the major cities and the rest of Ireland, and a targeted approach is now required to ensure that the regional tourism economy is supported.”

The Workers’ Party has described as ”immoral” the decision of the government to hand a €120m tax break to landlords who raised rents throughout the housing crisis.

“It is astonishing that the government have found an extra €18 million to reward landlords for their rack-renting behaviour – bringing the total available for interest relief for landlords’ loans to approximately €120 million in 2019. The total cost of interest relief equates to €600 per landlord – and as usual, the biggest landlords stand to benefit most.”

“Landlords are looking for ways to break the 4% rent cap, in Dublin in particular. By offering 100% interest relief on loans to “improve” the properties they own, we may well see more and more tenants evicted so landlords can borrow to renovate properties, and then re-let them at increased rents.”

Today’s budget will push rents up even further and do nothing for security of tenure or housing standards for tenants, the Green Party has said.

“At a time when rents in Ireland have never been higher, the government has decided that what is needed is a tax break for landlords and a massive increase in rent subsidies through HAP.

“Both of these measures will increase income for landlords while raising rents for tenants. Not a single extra home will be built as a result. The minister could have provided tax relief for tenants, he could have given better security of tenure with incentives for longer leases. He could have required that landlords make their properties pass minimum standards before being eligible for HAP. He could have spent the tax break money on actually building homes.”

Fianna Fáil Spokesperson on Brexit Lisa Chambers welcomed Brexit initiatives announced in Budget 2019 but has warned that announcements must be followed by delivery.

“I have been consistently calling on the government to increase its preparedness for Brexit and I therefore welcome the particular focus on Brexit in this Budget. The additional funding allocated to the Department of Agriculture is much needed, as are resources for the provision of additional staff and investment in IT, infrastructural and operational resources in Revenue.

The Green Party has welcomed the increases in funding to health outlined in today’s budget.

However, it has expressed concern that the €25 increase in income threshold for doctor visit cards is not sustainable given the manpower crisis in General Practice.

“Over 70% of GP practices are now closed to new patients; it is now imperative that the Government negotiate a new GP contract to ensure that all the people who now qualify can avail of their entitlements.”

“It is also not clear from the budget if the Government intend to implement the Sláintecare recommendations in full. We need transitional funding for this and multi-annual budgeting in the Health service to stop the need for Health Department supplementary budgets seen in recent years.”

The lifting of the marginal rate threshold to €35,200 is welcome, but this is still €3,382 below the average industrial wage. Regarding entrepreneurial tax reliefs, the KEEP scheme which failed to engage SMEs last year, has been tweaked.

Budget 2019 announced an increase in the grant amount to 100% of salary, and an increase in the award limit to €300,000 per employee, which is welcome. However, the three-year limit for grant has been replaced with a lifetime limit, which suggests that employees may be restricted to a single lifetime gain. No changes to the €3m market value restriction, or the opaque and unmanageable valuation criteria have been announced.”

The Climate Change Advisory Council has expressed its disappointment at the decision not to increase the carbon tax in Ireland.

“After this week’s publication of the IPCC’s special report on global warming of 1.5°C, which highlighted the absolute urgency to introduce measures that reduce emissions, this lack of action on increasing the carbon tax signals that the government is not ready to take the obligations of tackling climate change seriously,”

“The Council has consistently stated that the current level of the carbon tax in Ireland is insufficient to achieve our national climate change objectives, and that any increase in carbon taxation should be accompanied by measures to address negative impacts on poorer households.”

“This was a missed opportunity to tackle the scourge of single-use plastics. Ireland is the third-worst performer in the EU on carbon emissions. On average, we produce 13.5 tonnes of CO2 per person. That’s well above 7.9 tonnes per person in the UK and more than twice the best performers, like Sweden, at 5.6 tonnes. Ireland won’t meet our 2020 emission targets and could face massive EU fines of up to €600m.”

“For the most part, Budget 2019 looks likely to change very little of the poor status quo in education. It’s somewhat disingenuous to announce “additional” teachers and Special Needs Assistants considering these additions will just about keep in line with our rapidly growing young population.

“This will do nothing to reduce the pupil teacher ratio in our primary or secondary schools, tackle the challenges created by rising numbers attending third level or address ongoing underfunding in the education sector as a whole.

“Almost a decade of sustained under-funding in schools across the country has left them struggling to make ends meet, with some even forced into debt. Today’s announced increase in the capitation grant, albeit modest, represents a step towards alleviating the dependency on voluntary contributions from parents.”

The National Youth Council (NYCI) representing groups working with over 380,000 young people expressed ‘deep disappointment’ at the announcement by Minister Katherine Zappone with the ‘derisory increase’ of just €1.5m additional funding would be provided for youth services nationwide in Budget 2019.

“Given the scale of the youth work sector, where 1,400 staff work with over 40,000 volunteers to support 380,000 young people nationwide, to see only a €1.5m in additional investment to support the huge volume of youth work programmes and services delivered by the voluntary youth work sector up and down the country, is very disappointing.”

“Much more will be needed to meet the growing demand for services, given that Ireland’s youth population is set to increase over 13% in the coming years, resulting in a population of over one million young people by 2025.”

The Federation of Irish Sport welcomed the budget provision to increase in funding for sport.

Minister for Finance, Public Expenditure & Reform announced a commitment of €126m to support a range of sporting initiatives in 2019. This represents an increase of just over €14.69 million on the total investment in sport this year.

“Budget 2019 certainly seems like it is a positive one for sport. Whilst we look forward to hearing the detail regarding the breakdown of the increased investment across people and programmes and capital projects, our initial reaction and that of our members is positive. The publication of Ireland’s National Sports Policy in July this year was a significant first step in the recognition of the important contribution sport can and should make to Ireland. It is great to see Government begin to commit the necessary funds to allow for the implementation of that plan in the first budget following publication of that landmark Policy for Irish sport.”

Fórsa, which represents 8,000 special needs assistants (SNAs) nationwide, has welcomed the addition of up to 950 extra SNA posts

“While Fórsa welcomes the announcement as further validation of the pivotal role of the SNA profession in the Irish education system, we call on the Department of Education and Skills to ensure that fragmentation of these SNA posts is kept to a minimum.

“As much as possible these posts need to be full time, which will help ensure maximum benefit for the children and school communities they serve.

Fianna Fáil’s Spokesperson on Social Protection, Willie O’Dea has said that following a 3rd successive increase in all adult social welfare payments, it’s clear that Fianna Fáil delivers on its word to support the less well-off and vulnerable.

Deputy O’Dea was commenting after his party secured a €5 increase in weekly payments to all adult welfare recipients from March 25th next year.

“Fianna Fáil has never shied away from its commitment to support the less well-off. Over the past years, we have seen a €15 per week increase in these payments, and we make no apology for demanding these increases as a means of enabling families reliant on welfare payments keep pace with inflation.

“The increase in the number of weeks, from 27 to 28, that the Fuel Allowance is paid to eligible recipients is very welcome. Last winter seemed to go on forever, and for those on fixed incomes, it was very difficult for them to heat their homes and meet their other obligations.

“With the Home Carer Tax Credit increasing from €200 to €300 per year, carers who look after a loved one with an infirmity or a disability will gain from this Budget.

“Reversing the regressive nature of the last Fine Gael and Labour government was, and remains, a key priority for Fianna Fáil. It’s why we decided not to sit on our hands, and shout from the side-lines, like other political parties.

“Despite these hard fought gains, inequality in Irish society still persists; 50% of lone parents are experiencing deprivation and 780,000 people live below the poverty line. The economic recovery has not reached every home and family in the country. People are still playing catch up from the savage cuts introduced by Fine Gael and Labour.

“The 519,353 people who gave Fianna Fáil their vote in the 2016 General Election deserved a party that worked to deliver on its commitments. We recognised that reality and have delivered in terms of social welfare, education, health and housing,”