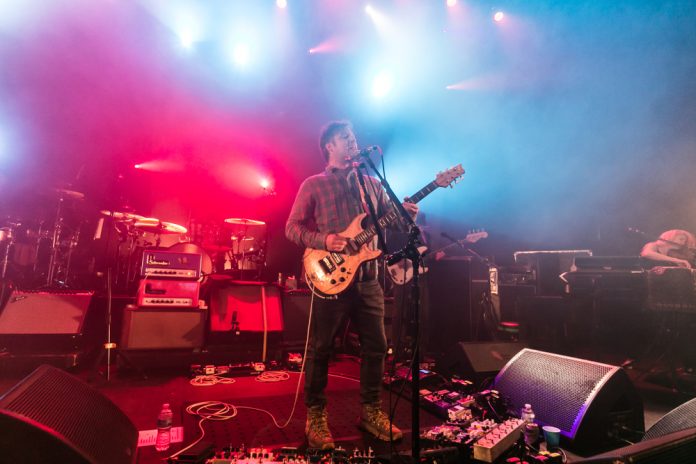 Modest Mouse have dropped ‘Ice Cream Party’, which is the band’s third new track of this year.

This new track from the rockers comes after their 7″ single ‘Poison The Well’, although the alleged Ice cream party isn’t as upbeat as one might think.

The lyrics of the song has lead singer Isaac Brock pleading for friendship in rather grim circumstances as he croons: “Well my father doesn’t bring the belt no more/ It’s all right, would you please come over.”

Brock continues over a slow lilting rhythm, “Sure you’ve heard that he mom are separated and he’s gone/ He won’t be around/ An ice cream party at my house.”

Get this man a tub of Jerry’s and quick! Check out the song below:

Aslan to Return to Vicar Street for “Made in Dublin-Revisited” this...