Home Entertainment Ofcom Get Complaints Over “Breastfeeding My Boyfriend” Documentary 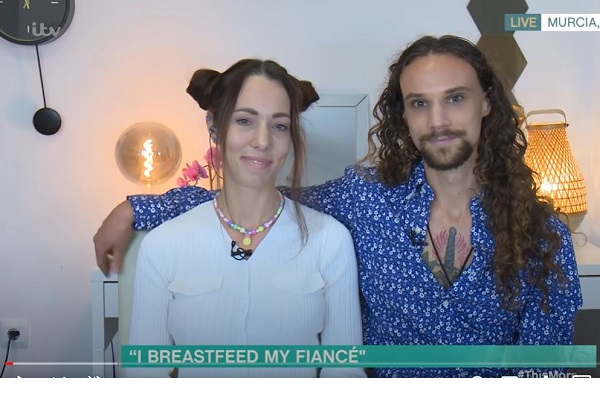 Ofcom have been hit with dozens of complaints following the release of the documentary, “Breastfeeding My Boyfriend”.

This is a controversial show which aired on Channel Four. On the show, couples discuss how adult breastfeeding helps them to connect on a deeper level intimately.

On the show, viewers are introduced to such couples like Lana Michaels and her partner Shawn. It has since received over a hundred official complaints.

Some people complained about the noises that the couple were making while breast feeding.

“shake the taboo” of adult breastfeeding

It is hoped that this documentary would help to “shake the taboo” of adult breastfeeding.

Following the backlash, Shawn and Lana had this to say in response.

Shawn said, ‘It’s completely different [to breastfeeding in public]. It’s just a normal way of connecting with the other person when we grow up”.

‘Breastfeeding between adults creates a really strong bond that helps an understanding of the other person and feel a deeper love because you’re not only exchanging the milk but getting the energy that comes from the other person”.

His partner Lana also added, “Women’s’ breasts have always been sexual, men have always like women’s breasts, it’s always been the case. You can compare it to feet – a lot of people like feet and have feet fetishes which is way bigger than breastfeeding but we don’t go around hiding our feet and not wearing sandals”.

In other recent news, Irish priest, Fr Richard O’Connor has called children dressing up as demons or devils “a complete betrayal to the Christian faith”.

“It shows a complete betrayal of the Christian faith, on this particular point”, he said.

There is more on this report from Nova here.