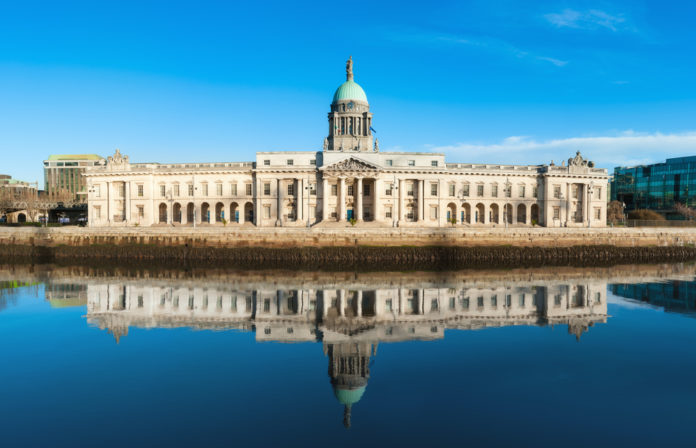 One of the Ireland’s most iconic buildings has been restored and has re-opened to the public, 230 years after it’s original opening.

The exhibition, which occupies the entire central area of the building, takes visitors on an interpretive journey from room to room, beginning with Dublin in the late 1700s through to the 21st century.

The Custom House Visitor Centre features new and interactive exhibits telling the rich history of the building and showcasing its exceptional architecture. The new exhibition also  details the events of Easter week 1916 when, within hours of the outbreak of the rebellion, the building was occupied by British forces, largely saving it from destruction at that time.

Speaking at the launch, Minister Darragh O’Brien said, “The Custom House opened in 1791 and it took ten years to build.  Initially the headquarters of the Commissioners of Custom and Excise, by the twentieth century, it was the headquarters of local government in Ireland. As a pillar of the ruling British administration, the building was targeted and burnt by the IRA on the 25th May, 1921; a key action of the Irish War of Independence. The government of the independent Irish state resolved to restore the building, completing these works by 1928. It is fitting that we pay tribute to the rich history of this fine building, and honour it with a modernised exhibition. I am delighted to open this beautifully refurbished Visitor Centre today for the people of Ireland, and for our Visitors from overseas.”

Currently also housing offices for the Department of Housing, Custom House has been, and continues to be, a centre for government and policy making since it opened in 1781, and for many years it was a hub for imports and exports.

The works included cleaning and repointing of granite paving and steps to the surround landscape, painting of 315 linear meters of cast-iron railings, full refurbishment of all windows to the Liffey façade, painting of all 536 windows and external doors, and specialist cleaning and localised repairs of the stone façade.

Like all OPW Heritage Sites admission to The Custom House Visitor Centre is FREE until December 31, 2021 but you must make a booking.

Full details on opening hours and admissions are available on heritageireland.ie

The project was funded by the Department of Housing, Local Government & Heritage with additional investment under Fáilte Ireland’s Strategic Partnership with the OPW.