Home Lifestyle Apparently There’s One Drink NOT To Order On A Flight – According... 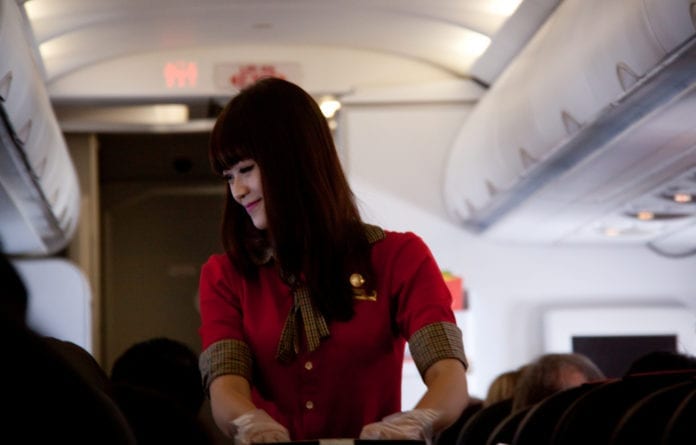 Apparently there’s one drink not to order on a flight – according to flight attendants.

Many look forward to the snack trolley coming their way during a flight. And while you may be struggling to make the difficult choice of what you want, the flight attendant is probably just hoping you don’t order one specific item on the menu. Which is…. Diet Coke, believe it or not. The mirror has reported that Diet Coke takes the longest to pour out of every other drink on the menu. Which ultimately delays the flight attendant’s journey down the aisles.

Why does it take so long you ask? Well, it’s all due to the cabin pressure on the plane. This pressure releases the CO2 quicker in carbonated drinks – but even more so in the popular diet drink.

“As you may know, the aircraft cabin is not pressurised to sea level, but rather to the equivalent of about seven or eight thousand feet.

This means some passengers might feel a little light headed or that alcohol affects them almost twice as much as it would on the ground.

It also means soft drinks foam up a lot more when poured out of a can, and the worst culprit for this is Diet Coke — I literally have to sit and wait for the bubbles to fall before I can continue pouring.”

Maybe we can just offer to pour it ourselves next time!