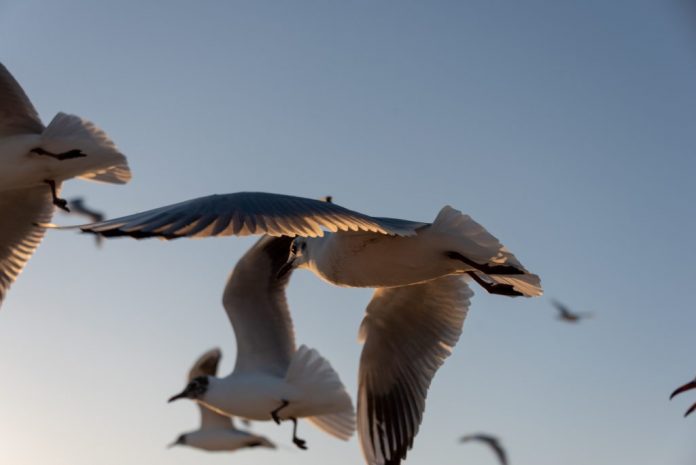 With outdoor dining to return next month, Rentokil have warned diners to keep an eye out, following reports of “urbanised and aggressive” seagulls, that may swoop for their food.

Rentokil also reported a 50% increase in call outs to deal with seagulls and other pest birds from this time last year.

Outdoor dining is due to return on June 7 and with more people socialising outdoors, Rentokil aniticipate that the number of calls will only increase.

The gull breeding season runs until September. Gulls tend to become more aggressive in securing food and protecting their offspring, when chicks begin to hatch.

“We encourage members of the public to treat gulls with caution and keep their distance from them where possible”, Richard Faulkner, a technical field consultant for Rentokil, warned. “This is the period when people and gulls are most likely to cross paths, and it is also when they’re at their most aggressive”.

“Most gulls would normally have a healthy respect for humans and would stay away from us”, Hatch explained. “But where they’re fed chips or bread they do learn that humans equal food and they can feel very entitled to it and be very aggressive”.

Orla Nicholson who is co-owner of Bird Control Ireland said, “Littering certainly is a factor, and if you were to say anything about lockdown, that would be the one thing. People’s personal housekeeping has been very, very poor”.

“I know of one premises where they all have to have their lunches outside because of Covid-19, and now they have a gull problem. People need to be cleaner and tidier and work toward being litter-free”, she added.

Eric Dempsey of Birds Ireland warned against over sensationalising the danger and aggression of seagulls.

He also added, “There is this annual sensationalism of the fact that when they have chicks they become a little bit more protective, but we have to welcome the biodiversity that we have”.

Peter Stringfellow Dies At The Age of 77