Home Music US Punk Funkers Parquet Courts Set For The Academy This November! 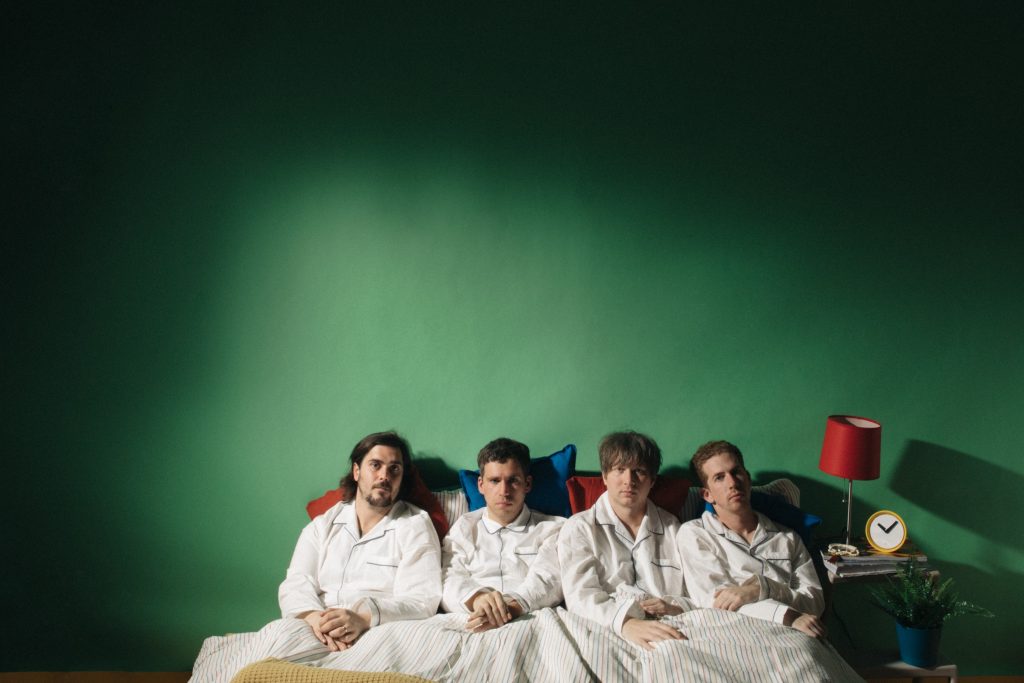 Parquet Courts are set to play The Academy on Saturday November 3rd. Tickets cost €22.90 inclusive of booking fee and go on sale this Friday 25th May at 9am from Ticketmaster. Last week, on May 18th the U.S punk funkers released their fifth album, Wide Awake!, via Rough Trade. The album is a groundbreaking work, an album about independence but also about collectivity and communitarianism.

Love is at the center of this band’s belief system, a freshness of spirit and a relentless drive to explore new musical territory.This new ground could be attributed to the fact that Wide Awake! was produced by Brian Burton, aka Danger Mouse, but it’s also a triumph of the group’s song-writing abilities.

Lead singer, A Savage, said Danger Mouse, was an admirer of the Parquet Courts. He originally reached out to them, presenting them with just the opportunity to stretch themselves that they were hoping for. ‘The ethos behind every Parquet Courts record is that there needs to be change for the better, and the best way to tackle that is to step out of one’s comfort zone.’

Savage also said of the unlikely pairing. ‘I personally liked the fact that I was writing a record that indebted to punk and funk, and Brian’s a pop producer who’s made some very polished records. I liked that it didn’t make sense.’

The songs, written by Savage and Austin Brown are elevated to even greater heights by the dynamic rhythmic propulsion of Max Savage (drums) and Sean Yeaton (bass), are filled with their traditional punk rock passion, as well as a lyrical tenderness. The record reflects a burgeoning confidence in the band’s exploration of new ideas in a hi-fi context.

For his part, Savage was determined not to make another ballad heavy record like the band’s 2016 Human Performance. “I needed an outlet for the side of me that feels emotions like joy, rage, silliness and anger,” he says. They looked to play on the duality between rage and glee like the bands Youth of Today, Gorilla Biscuits, and Black Flag. “All those bands make me want to dance and that’s what I want people to do when they hear our record,” adds Savage.