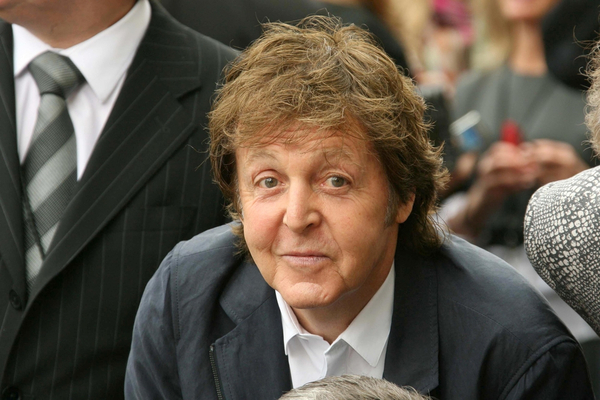 Paul McCartney has denied being the chief instigator in the split up of the Beatles. The music icon claimed that it was in fact John Lennon.

McCartney said that a break up was on the cards when John Lennon said that he “wanted to go in a bag and lie in bed for a week in Amsterdam for peace. And you couldn’t argue with that”.

Following a string of hits, and major success at home and abroad, the famous band split up over 50 years, leading to members Paul McCartney, Ringo Starr, John Lennon and George Harrison to go their separate ways.

After claiming during an interview in 1970 that the Beatles ceased to exist, it had been assumed that Paul McCartney was the one who instigated the split up of the band.

“I didn’t instigate the split”

But now, in an upcoming interview for new BBC Radio Four series This Cultural Life, McCartney denies being responsible for the band’s break up. This interview will air on October 23.

“I didn’t instigate the split. That was our Johnny”, he claims. “This was my band, this was my job, this was my life, so I wanted it to continue”.

The music icon was also asked about his decision to subsequently pursue a solo career after the Beatles’ split.

“Stop right there. I am not the person who instigated the split. Oh no, no, no. John walked into a room one day and said, ‘I am leaving the Beatles’. Is that instigating the split, or not?”, he said.

McCartney on being “fed up of hiding it”

McCartney also explained that the confusion over who caused the break up arose when the new manager for the Beatles Allen Klein had told them to keep quiet about it, while he finished off some business deals.

“So for a few months we had to pretend”, McCartney claimed. “It was weird because we all knew it was the end of The Beatles but we couldn’t just walk away.” Eventually, McCartney, who became unhappy with the secrecy, “let the cat out of the bag” because “I was fed up of hiding it”.

McCartney also spoke about the unhealthy atmosphere surrounding the group at this time.

“Around about that time we were having little meetings and it was horrible. It was the opposite of what we were. We were musicians not meeting people”.

Paul McCartney had also claimed that the Beatles could have continued for another while longer if John Lennon had not departed the band.

“It could have been. The point of it really was that John was making a new life with Yoko. John had always wanted to sort of break loose from society because, you know, he was brought up by his Aunt Mimi, who was quite repressive, so he was always looking to break loose”, he said.

On top of this interview, The Beatles: Get Back documentary will also premier on Disney+ on November 25th. More on this here.

Rory Gallagher; The Man Behind the Guitar