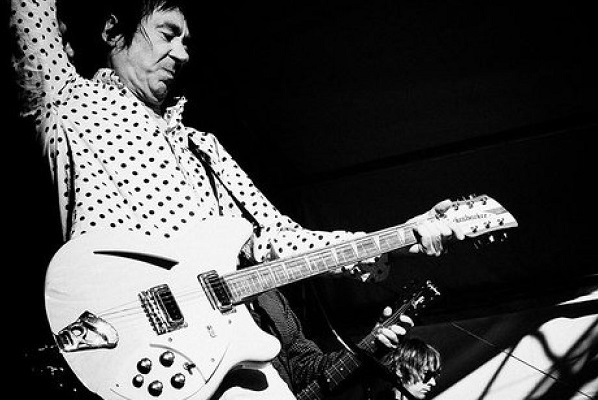 Pete Shelly, the frontman of the influential punk-rock band Buzzcocks has passed away aged 63.

According to the BBC, he suffered a heart attack. It’s reported that the band’s management confirmed Shelly passed away in Estonia where he was living.

It’s with great sadness that we confirm the death of Pete Shelley, one of the UK’s most influential and prolific songwriters and co-founder of the seminal original punk band Buzzcocks.

Buzzcocks shot to fame in the latter half of the 70s with the chart-topping track ‘Ever Fallen in Love (With Someone You Shouldn’t’ve)’.

They formed in 1975 after Shelley and Howard Devoto became friends at the Bolton Institute of Technology. The band debuted in Manchester that year as a support band for the Sex Pistols.

Take a deep dive into the history of @Buzzcocks with this fantastic feature! Who’s ready to see these legendary rockers play on board #TheBoatyWeekender?!
https://t.co/Q0IKDtLplT