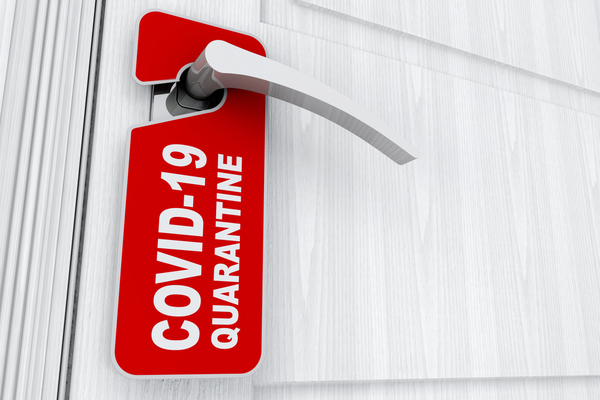 The Department of Health caused major debates within the Government with plans to extend the mandatory hotel quarantine to 43 countries. Expressing his concerns in writing to Minister for Health, the Attorney General raised issues which left other Ministers and the European Union “furious”.

According to sources, the letter was “very clear” while expressing concerns of correct procedures not being followed by health officials. It also suggests legislation the Oireachtas passed on quarantine was not adhered to when formulating their advice on the list.

Concerns within Government find the plans may have “over-reached” in the recommendation to add the 43 countries, including France, the US, and Germany. They believe it “misinterpreted the law we passed” and did not fully consider human rights and European treaty rights. Sources understand that there is now considerable anger within the Department of Foreign Affairs, surrounding the proposal.

The plans have raised a number of concerns, including available space within existing hotels, options for citizens who cannot afford quarantine and are “stranded”, and new problems for essential workers. The plans possibly represent a “major breach” of European citizens’ rights to travel freely, with concerns raised of the EU not being fully consulted. The Common Travel area has also come under threat as the Isle of Man has been proposed to be included in the list of high-risk countries.

Government sources say they believe health officials were progressing the plans without asking for advice or feedback, before making the recommendation. However, this idea has been rebuffed by sources within the Department of Health, who say the consultation period is happening now. They argue this would normally be the case when recommendations are made and disagree with the Government’s claims.

There has been some speculation indicating that Mr Donnelly could sign off on the plans without the full agreement of his Cabinet colleagues. However, many members of Government feel this could be viewed as a “big political risk”, leading some believing the new arrangements could be struck down in court. Sources in the Department of Health maintain that officials were fully cognisant of the law and that there is provision in the legislation to add countries for reasons other than that they have concerning variants.

The Mandatory Hotel Quarantine law came into effect last week and has since found three people testing positive for the virus. The travellers have now been moved to a COVID wing in the Crowne Plaza Hotel, near Dublin airport. According to The Irish Times, a HSE source said that these were detected as part of the first tests carried out on people quarantining.