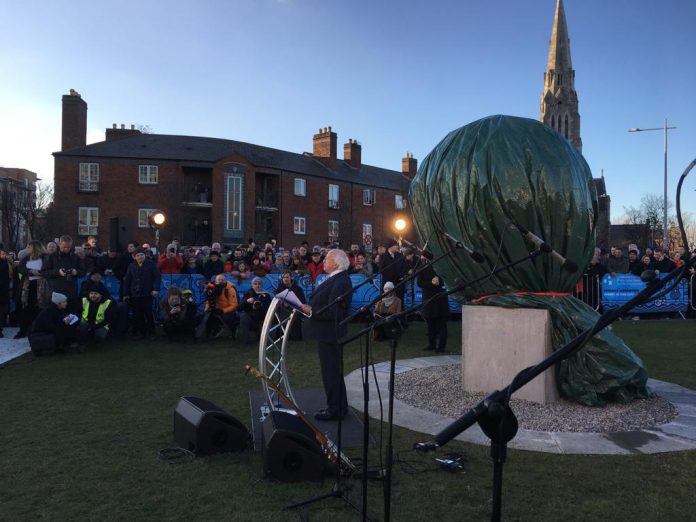 One sculpture is a marble portrait head of Luke Kelly, made by the award-winning artist Vera Klute and it was unveiled on the Royal Canal, at Guild St and Sheriff St.

The other sculpture was created by one of the country’s most well-known sculptors, John Coll. Coll made the city’s Patrick Kavanagh and Brendan Behan statues.

The statue is a life-size bronze, Luke Kelly singing and playing the banjo and was given to the city by the late Gerry Hunt and was unveiled on South King St.

A new marble statue of Luke Kelly has been unveiled on King Street South in Dublin pic.twitter.com/aiqLbMqt6J