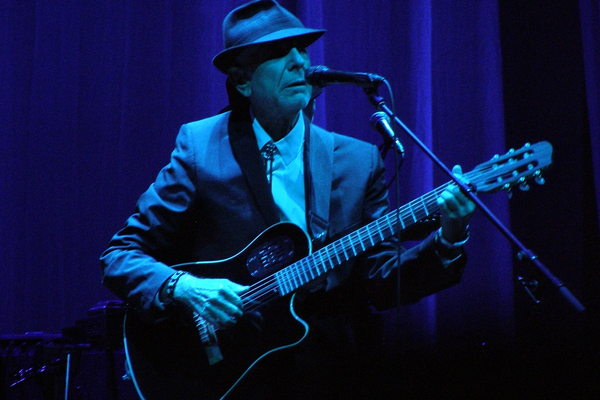 A previously unpublished novel written by music legend Leonard Cohen is set for release this Autumn.

A Ballet of Lepers was a poetry collection written by Cohen in Montreal in 1956. A press release states that the book, “toxic relationships and the lengths one will go to maintain them”.

The Cohen biography Various Positions was written by Ira B Nadel.

He states that Cohen’s collection also “tells the story of a 35-year-old sales clerk who takes in his elderly grandfather” to live together in a cramped boarding house. The grandfather is given to fits of violence, and the narrator (who remains unnamed) finds an awakening violence within himself”.

Nadel also said that the book shows “a growing sense of Jewish history and tragedy”. It also explores “difficulties that Cohen faced with his own senile grandfather, although without the degree of violence”.

“the inner demons of his characteristics”

A Ballet of Lepers had been previously rejected by two publishers.

This was despite before passing away in 2016, Leonard Cohen had claimed that this book was “probably a better novel” than his highly regarded first novel The Favourite Game, which was published in 1963.

This new publication is said to explore themes “from shame and unworthiness to sexual desire in all its sacred and profane dimensions to longing, whether for love, family, freedom, or transcendence”.

It will also “probe the inner demons of his characters, many of whom could function as stand-ins for the author himself”.

This new Cohen book titled A Ballet of Lepers: A Novel and Stories, will also include 15 short stories. It will also be accompanied by a script for a radio play from Cohen’s archives. These scripts were written between 1956 and 1961.

This collection was also assembled by Russian scholar Alexandra Pleshhoyano. He also wrote an afterword.

“Leonard said before his death that his life’s true masterwork was his archive, which he kept meticulously for the benefit of fans and scholars one day to discover”, said Robert Kory, trustee for the Leonard Cohen family trust. “I’m pleased that, with this book, his readers and listeners can begin that rich journey”.

A Ballet of Lepers: A Novel and Stories will arrive in the UK via Canongate on 11 October 2022.