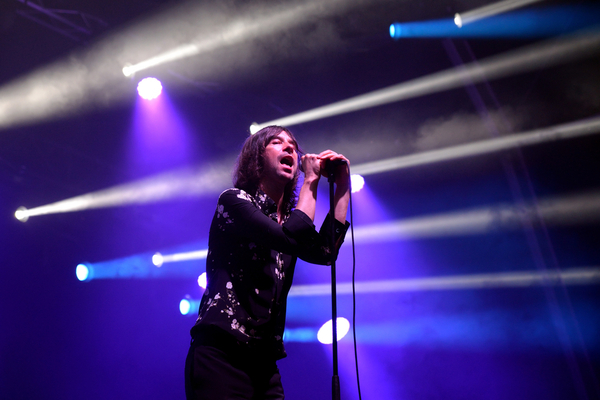 Primal Scream are set to celebrate the 30th anniversary of their seminal album Screamadelica.

No less than three different reissues have been announced for the anniversary.

Released in September, 1991 by Creation Records, Screamadelica would become one of the key albums of the ’90s indie rock era.

Screamadelica was the Scottish band’s third album. It saw them move away from the more traditional rock sound of their earlier albums as they embraced the burgeoning house music scene. DJ Andrew Weatherall was brought on to give Primal Scream a new sound in keeping with the “Madchester” movement of the time. Reaching number eight on the UK albums chart, Screamadelica won the first ever Mercury Music Prize in 1992. Since its release it has sold a global total of three million copies.

On September 17th, Primal Scream will release a 10 LP boxset of 12″ singles from the Screamadelica era. Included will be a previously unreleased Weatherall mix of Shine Like Stars.

The same date also sees the release of a double picture disc edition of Screamadelica.

On October 15th, a new demos album titled Demodelica will be released. The album will feature previously unreleased demos and mixes from the Screamadelica sessions.

The tracklist for Demodelica is as follows:

Primal Scream have been cited as an indirect influence on New Zealand singer Lorde. Last month she called the iconic Screamadelica track Loaded a “spiritual forebear” of her single Solar Power.

“I had never heard Primal Scream in my life,” Lorde revealed to Zane Lowe. “I’d been told to check them out. I wrote the song on the piano and then we realised it sounds a lot like ‘Loaded’. It’s just one of those crazy things that they just were the spiritual forebears of the song.”

Primal Scream Bobby Gillespie said he was “flattered” by the comparison.

“I’m really, really flattered, we all are,” said Gillespie. “Everyone in Primal Scream is flattered that she was influenced by ‘Loaded’. It’s really cool.”