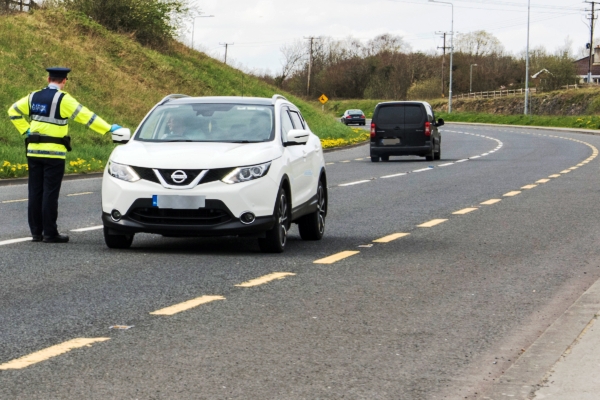 The compliance rate was sampled at four of the larger checkpoints on Friday, 1 May, 2020 – one in each Garda region. 21 of the 13,324 car drivers checked – 0.16% – were requested to turn around for not having a valid reason for travel and all agreed to do so.

In what continues to be a small minority of cases, despite receiving a number of warnings, some individuals were still not willing to take steps to comply with public health guidelines.

From 8 April, which was when the regulations came into effect, until 2 May 2020 inclusive, Gardaí have invoked the regulations 139 times. Of the 139 incidents, two were as a result of an instruction from a relevant medical professional as per the Act.

In addition, pre-existing enforcement powers were used in 1,172 incidents where other offences were disclosed in the course of COVID-19 operations. These range from incidents such as drink driving or disqualified drivers detected at checkpoints, to drugs and weapons seizures, to public order offences.

Commissioner Drew Harris said, “The continued high level of compliance with the health guidelines is very welcome and we thank the public for it. Both the low level of ‘turn-backs’ at major checkpoints and the very small usage of the regulations compared to the huge number of interactions we have had with people show that the vast majority of people are playing their part in tackling COVID-19.

“At the outset of the COVID-19 situation, I said that An Garda Síochána will continue to operate as a community-based policing service with a focus on protecting the vulnerable. This approach will not change.”

Anti-spit guards provide an additional tactical option to be considered by a Garda, as a last resort in a continuum of graduated response, in circumstances where ‘there is clear evidence of spitting now or where a member believes there is a clear and tangible threat of spitting posed by the subject’.

Anti-spit guards are a lawful use of force and are currently on issue to other police services internationally.

Commissioner Harris said, “Regrettably, we continue to see spitting and coughing attacks on our personnel. These are a significant health and safety risk to our members in the current environment. We must protect them from such disgraceful attacks.

“This includes having the option of using anti-spit guards in very limited circumstances. We have made it clear these anti-spit guards are only to be used as last resort and in line with the Garda Decision Making Model, which includes at its centre human rights and our Code of Ethics.”