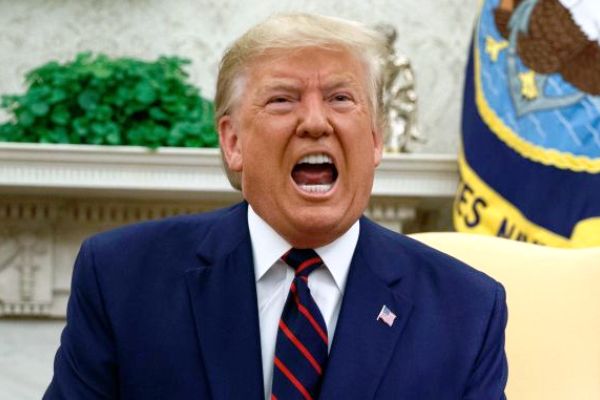 A new polarising political ad ‘Mourning in America‘ strongly criticizing US President Donald Trump’s inept response to the coronavirus pandemic saw Trump respond as only he can by issuing a string of mindless name-calling tweets blasting his critics as ‘loser types’.

Mourning in America was produced by a group of anti-Trump Republicans, prominently co-founded by the husband of one of Trump’s senior advisers in the form of Kelly Conway’s husband George Conway.

While Twitter rants are commonplace for Trump, the level of spite and mindlessness is particulary acute in this case after this release of the new ad which has been claimed as a victory by the group themselves and by observers after Trump unwittingly sent the ad viral with his vitriolic response.

The federal government response to the Covid-19 pandemic has been described in the Guardian as “one of the greatest failures of basic governance and basic leadership in modern times”.

The ad plays on President Ronald Reagan’s 1984 re-election ad, Morning in America, where young Americans get married, buy a home and raise the flag.

Mourning in America, by contrast reveals a broken down factory in general poverty, a body wheeled away on a stretcher, and people lining up in the rain in masks amid the pandemic crisis.

A group of RINO Republicans who failed badly 12 years ago, then again 8 years ago, and then got BADLY beaten by me, a political first timer, 4 years ago, have copied (no imagination) the concept of an ad from Ronald Reagan, “Morning in America”, doing everything possible to….

….get even for all of their many failures. You see, these loser types don’t care about 252 new Federal Judges, 2 great Supreme Court Justices, a rebuilt military, a protected 2nd Amendment, biggest EVER Tax & Regulation cuts, and much more. I didn’t use any of them….

The UK Is Planning A Dozen Test Events Without Any Social...