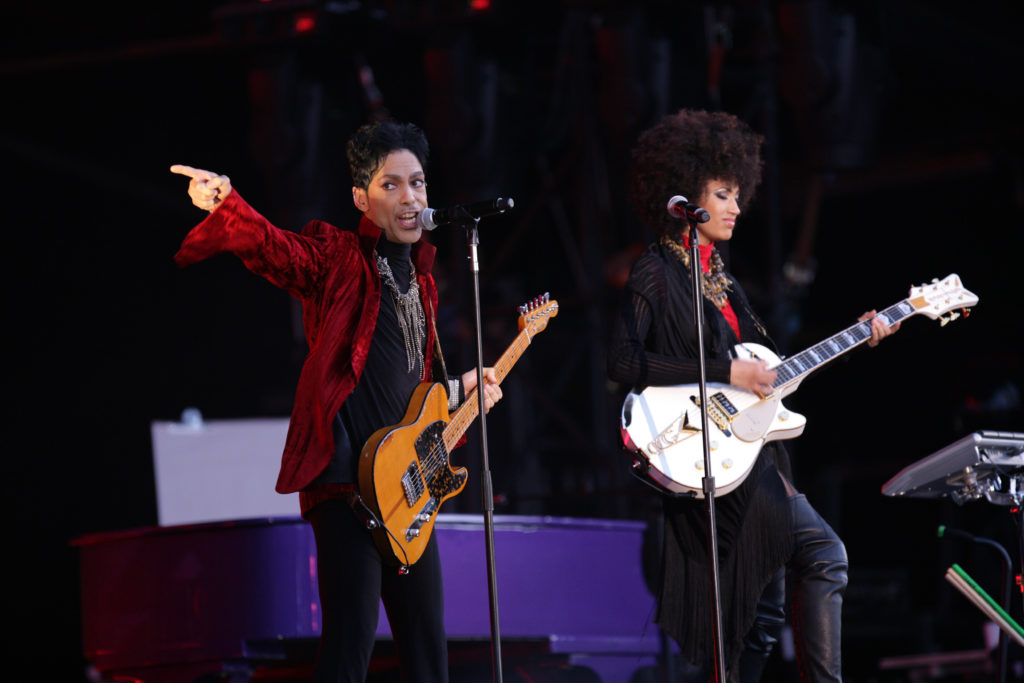 A guitar from Prince’s heyday and the lyrics of a Beatles hit song handwritten by Sir Paul McCartney are some of the the items up for auction at a major music sale.

Julien’s Auctions announced yesterday that the auction which is taking place on the 19th and 20th June in Beverly Hills and online will include a 1984 blue “cloud” guitar custom-made for Prince.

A purple suit, a pendant and a pair of boots belonging to Prince will also be up for sale.

Speaking about the auction CEO Darren Julian said: “This year’s edition of Music Icons offers an unsurpassed collection of over 700 music items to our thriving international market with something for every music lover and serious collector.

“Julien’s Auctions is proud to present these important artefacts, all of which occupy an unparalleled place in music history and pop culture.”

Other items include Jim Morrison’s rare Paris journal which is set to fetch for almost £80,000, Noel Gallagher’s handwritten lyrics for Oasis songs, including Wonderwall and Don’t Look Back In Anger, a drumkit played by the Police’s Stewart Copeland and a guitar once owned by Eddie Van Halen.

The auction will also feature memorabilia from stars including, Johnny Cash, the Rolling Stones, Queen, and David Bowie.