Advertisement
Home News Push To Pin Down Prince As Pressure Grows on Andrew Over Epstein...

A lawyer for dozens of Jeffrey Epstein’s alleged victims claims Prince Andrew’s “deliberately evading authorities” who’ve invited him to provide a statement about abuse by the financier.

Brad Edwards represents 55 women who claim they were abused by the late convicted paedophile, and friend of the royal.

He told Sky News that he believes the Duke of York has information that will help Epstein’s victims but that he has not yet taken up invitations to provide a statement about the disgraced financier.

Mr Edwards claimed he had personally invited Andrew ‘at least three times’ to share what he knows of Epstein but the royal ‘flat out refuses’.

A spokesperson for the Duke of York told Sky that he has offered his assistance to the US Department of Justice ‘on a number of occasions this year’ and has received no response.

The Duke of York’s former friend Ghislaine Maxwell has appeared in a U.S. court accused of facilitating Epstein’s sexual exploitation of underage girls.

Maxwell was arrested in New Hampshire on Thursday over allegations she helped Epstein, her former boyfriend, ‘identify, befriend and groom’ girls.

The pressure is piling on Andrew to speak to U.S. investigators after the death of Epstein last year while awaiting trial on sex trafficking and conspiracy charges.

In November, the Duke of York announced he would be step back from his patronage after being roundly criticised for an interview he gave to the BBC’s Newsnight programme.

He faced criticism for showing a lack of empathy towards victims, as well as an apparent lack of remorse over his friendship with the late paedophile.

Virginia Giuffre (pictured below) claims she had under-age sex with the duke while on a trip to the UK with Epstein and Maxwell – which Andrew strenuously denies. 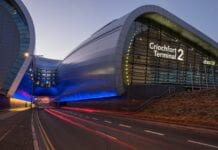 Tragic Victim Nadine Lott On The Receiving End Of ‘Six Or...