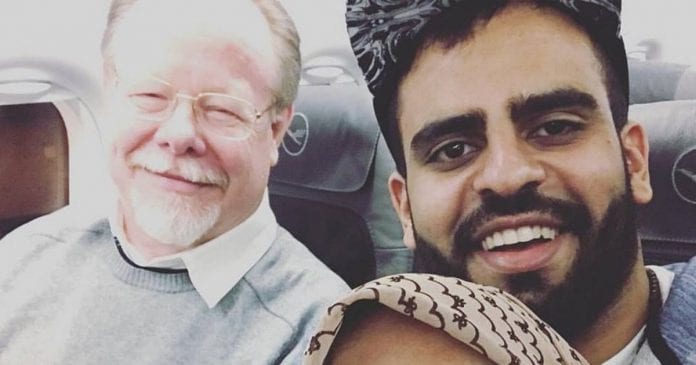 Ibrahim Halawa has arrived back in Ireland after four years in an Egyptian prison. The Dubliner was met by friends and family at Dublin Airport.

Ibrahim, his sister Nuseyba and Ireland’s Ambassador to Egypt boarded a flight out of Cairo early this morning, ending the Dubliner’s epic stay in prison.

Ibrahim Halawa said he wants to help other people in prison, and the homeless – and to continue his education now that he’s free.

“I was always hoping that at least I could [come home] to see my family… I’m going to be helping a lot of homeless people I have a lot of plans for that… And I need to get my life straight and go back to college. Thank you all so much,” he said.

“Of course prison conditions are very hard in Egypt. They’re not easy I need time to recover from that… It still feels like a dream.”

And after 4 years in an Egyptian jail, he said the first meal he wants in Ireland is a good old fashioned fish and chips.

Ibrahim’s return has been a long time coming for his family and friends.

His mum, dad, five sisters, brother, nieces and nephews were all there to greet him at Dublin Airport and got a private moment before Ibrahim faced the media.

Ibrahim also left behind many close friends when he was imprisoned. The family are now going to get away from a few days to allow Ibrahim recover.

Writing on Facebook last Friday, Mr Halawa said: “Finally the day where I can see the sky without bars, smell fresh air , walk freely and smile deeply from the bottom of my heart.

“But I miss one thing and it’s being home.”

He earlier posted a photo on the social media site Instagram – showing him on a plane with one of his sisters and the Irish ambassador to Egypt, Seán O’Regan.

The photo also had the caption: “Finally on my way home”.

Street Parking In Dublin To Increase By 70%