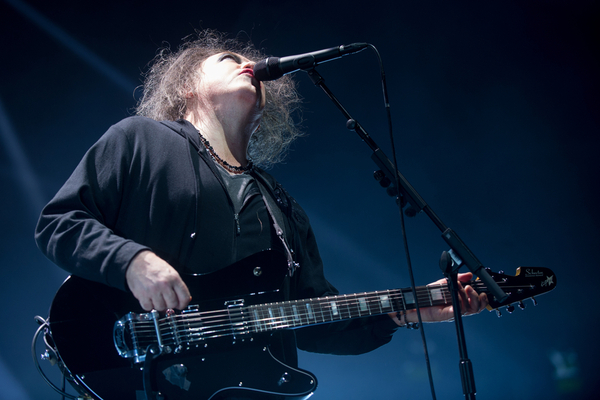 Robert Smith may have just dropped new, collaborative single, How Not To Drown, but The Cure frontman has more up his sleeves. Following his collaboration with Chvrches, Smith has two new albums from The Cure recorded and almost ready to go.

Smith made the remarks as he was interviewed alongside Chvrches about their new collaboration, which dropped this past week. Speaking with Zane Lowe on Apple Music 1, the Pictures Of You singer revealed the albums will be complete in probably “about six weeks’ time”.

By then, “I’ll be able to say when everything’s coming out and what we’re doing next year and everything,” revealed Smith. “So, we were doing two albums and one of them’s very, very doom and gloom and the other one isn’t. And they’re both very close to being done. I just have to decide who’s going to mix them. That’s really all I’ve got left to do.”

In the interview, Chvrches reveal how they managed to bag working with The Cure frontman, who also previously collaborated with Gorillaz. Lead singer, Lauren Mayberry explained that “it was a song that we had already been writing for the record”. Maybury explains that their manager had been “technically sniffing about” in an attempt to bag a gig with Smith and then band.

“So, he was like, ‘I wonder if somebody could put me in touch? How this would happen? How would we ask for this?’ And then he got in touch with Robert and the conversations kind of started from there.”

How Not To Drown is from Chvrches’ upcoming fourth studio album Screen Violence, which set for release on August 27th, via Emi Records. The song explores multi-instrumentalist and singer Martin Doherty’s relationship with mental health, which follows a time in his life where he was dealing with “crippling depression and anxiety”, and ready to give up on music.

The Cure’s last studio record, 4:13 Dream released in 2008, with eleven years passing before announcing another record in 2019. Smith revealed the band hoped to finish recording an album that year, describing it as “not relentlessly doom and gloom. It has soundscapes on it, like Disintegration.” Smith promised, the previous December, “we’re going in about six weeks’ time to finish off what will be our first album for more than a decade.”

During the interview on Apple Music, Smith further alluded to the release of his solo project, his new ‘noise’ album. As this would have been the band’s first record in over a decade, The Cure frontman did not want to release an “hours’ worth of noise”.

“I’ve always wanted to do an hour’s worth of noise, and I didn’t want it… The Cure, you wait ten years and then we bring out an album that’s just noise. So, it was just like, ‘No’ – that was me doing the rest of the band. That ‘no’ was a band no. So, I’ve been just having fun with that really,” Smith explained.