Home Music News IRON MAIDEN, Rage Against The Machine, Kate Bush All Miss Out On... 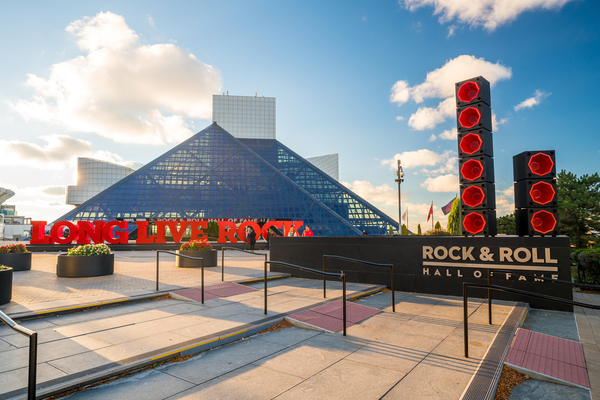 The final list of candidates for Rock & Roll Hall Of Fame induction has been revealed and some big names have missed out. IRON MAIDEN, Rage Against The Machine, and Kate Bush were among the acts whom sadly did not receive their induction.

In February, the Rock Hall released a shortlist of nominees for this year’s ceremony, due to be held on October 30th in Cleveland, Ohio. The aforementioned artists were joined on the list by New York Dolls, Mary J. Blige, Devo, Chaka Khan, Fela Kuti and Dionne Warwick. However, all of these artists did not appear on the final list of inductees. Rage Against The Machine was previously nominated for 2019 although, the Guerrilla Radio rockers failed to make the cut.

Randy Rhoads was not among the six names due to be inducted into music’s home of rock and youth culture. However, the guitar legend did make it into the Rock Hall as an honouree by receiving this year’s Musical Excellence Award, alongside Billy Preston and LL Cool J.

KISS frontman, Paul Stanley took to Twitter last month and said Iron Maiden’s failure to secure enough votes was “INSANITY”. The rocker said the Committee “must” induct the 2 Minutes To Midnight legends, “regardless of who is writing in or not. They have helped spawn an entire genre of music. What else do you need to do??” Stanley questioned. Fellow bandmember, Gene Simmons has previously described the Rock & Roll Hall Of Fame as “a joke”.

Iron Maiden’s Bruce Dickinson shared his thoughts on the voting tastes of the Rock Hall, during a Q&A with fans. Dickins said the band should “absolutely” be inducted, but actually believes the Rock & Roll Hall of Fame is “an utter and complete load of b*******”. He claimed it is conducted by “a bunch of sanctimonious bloody Americans who wouldn’t know rock ’n’ roll if it hit them in the face”. The band’s lead singer said the committee “need to stop taking Prozac and start drinking f****** beer.”

Although some great artists missed out, there has been some exciting inductions into the Rock Hall, on a “diverse” list. Legends of the rock scene, Foo Fighters, Todd Rundgren, and Tina Turner were announced as final candidates for induction. Punk rock outfit, The Go Go’s, rapper Jay Z, and Loco-Motion singer Carole King also received induction into the Performers category. Kraftwerk, Gil Scott-Heron and Charley Patton will each be awarded with the Early Influence Award.

Chairman of the awards, John Sykes said this “is our most diverse class in the history of the Rock & Roll Hall of Fame. It really represents the Hall’s ongoing commitment to honour the artists that have created not only rock and roll, but the sound of youth culture.”