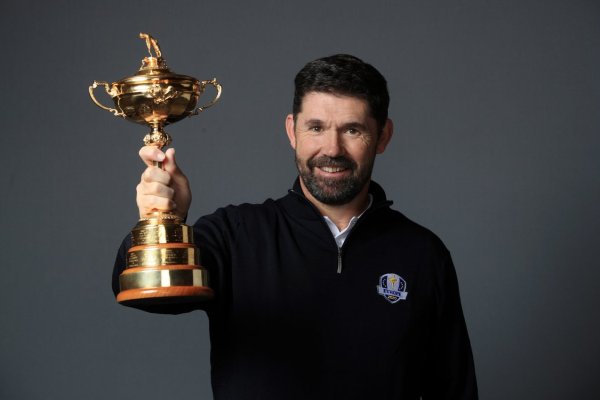 Padraig Harrington says he will take the lessons of his three terms as a vice-captain into his Ryder Cup captaincy at Whistling Straits in Wisconsin next year. The three-time Major-winner is Thomas Bjorn’s successor as European captain.

Harrington is just the third Irish Ryder Cup captain, and says his appointment is equally thrilling and daunting. The 47-year-old has served as a vice-captain at the last three Ryder Cups and appeared in the biennial contest against the United States six times as a player, beginning at Brookline in 1999.

Harrington, who is currently out of action after slipping on the stairs at home over Christmas and breaking a bone in his wrist, said: “Obviously I’m thrilled to be named as Ryder Cup captain for 2020, it’s not something I went into lightly.

“You could look at this as being a natural progression from player to vice-captain to captain but it’s not something I take on without a certain amount of trepidation.

“I really want to be a help, I want to hopefully leave the European Tour and Ryder Cup in a better place after two years, but I know we are going to a new venue, it’s an away match, we’re going to have on average three more rookies coming into the team and I have to be part of that team and ensure that I find an edge to make the team perform to the best of their abilities and hopefully get a win.”

Despite winning two Open titles and the US PGA Championship, Harrington feels he is putting his career “on the line” by accepting the captaincy. “It’s something I did think long and hard about,” he added.

“It’s possibly easier to be Ryder Cup captain at home, but I realise it was good timing in my career and probably the best chance for the team in an international setting, going to the US having me as captain at this time.

“Then it really came down to whether I wanted to be in the hat and put what is a successful career on the line. “It’s a different element to your career and we know a successful captain is great and a losing captain – it’s his fault. I’m putting something on the line going out there.”