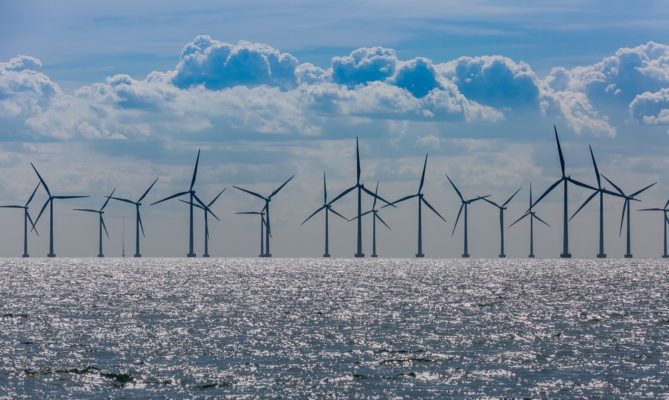 Scottish Power has completely stopped using fossil fuels for the generation of electricity. The energy supply has now switched to 100% wind power. The power company sold off its last few gas power stations to suppliers Drax for more than £700m.

Iberdrola is the Spanish parent company of Scottish Power. According to The Guardian, Iberdrola said the decision was part of its strategy to address climate change and would allow them to invest in renewables and grids across the UK.

Although the company has many onshore wind generators, Scottish Power’s growth is mainly in offshore wind farms, Their development in East Anglia is likely to be the world’s biggest farm when it is opened in 2020. In the £702m sell-off are four gas-powered stations located in England, two hydro plants and a pump storage plant also based in Scotland. As a result, Scottish Power is now producing all of its power from wind farms.

Scottish Power’s 5 million domestic customers will still now be supplied with a mix of green and brown electricity. Some power will be provided by other coal and gas power plant operators. The ScottishPower chief executive, Keith Anderson, said: “We are leaving carbon generation behind for a renewable future powered by cheaper green energy.”

Man Found In Burning Car In Dublin Believed To Be Shot

307 Cases Of Covid-19 Confirmed In The Republic