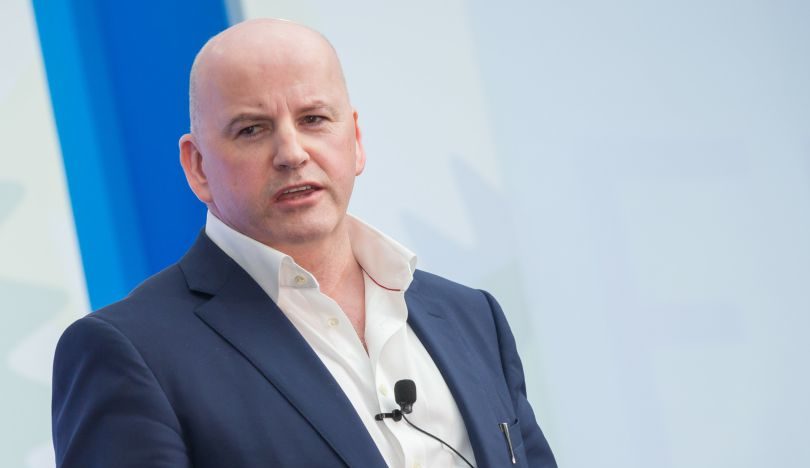 Presidential candidate Sean Gallagher has spoken out regarding Michael D Higgins’ refusal to participate in the Claire Byrne Live Presidential Debate on RTÉ on Monday night, branding the current president’s absence as “insulting to the people of Ireland”.

President Michael D Higgins had stated earlier this month that he would be taking part in an upcoming debate on RTÉ Prime Time as well as another debate on Virgin Media One hosted by Pat Kenny, but did not plan on attending the debate on Claire Byrne Live. Sean Gallagher composed a letter to Michael D. Higgins on Sunday, where he outlined that he was “disappointed” in the president for not participating in the debate, recognising it as “insulting to the people of Ireland” and claimed it “shows contempt for the integrity of our electoral process”. Gallagher also spoke out in an interview with RTÉ on Monday, stating that President Higgins’ decision “made a farce” of all debates by choosing not to partake in the Claire Byrne debate, believing it to imperative for all candidates to be involved.

Last night I wrote to President Higgins urging him to reconsider his decision not to participate in all debates. #Transparency #Inclusivity pic.twitter.com/dXeNdkiTi9

Gallagher’s letter was delivered to Áras an Uachtaráin on Sunday night and published on the presidential hopeful’s Twitter page, where he added that President Higgins’ refusal to participate in the debate “serves to feed the disconnect between the people of Ireland and the Office of President, particularly in the context of recent concerns about trust and transparency.” Despite a new poll by bookmaker Paddy Power illustrating that Michael D Higgins is set to be re-elected as president by a landslide of 70%, Gallagher has insisted that the race is not over.

In an interview with RTÉ reporter Cian McCormack this morning, Gallagher spoke out about his letter to President Higgins, which you can check out below:

A LETTER TO THE PRESIDENT: @seangallagher1 has written to @MichaelDHiggins about tonight’s @ClaireByrneLive debate. Here is what he told me this morning. @rtenews pic.twitter.com/Qafg45ELrZ