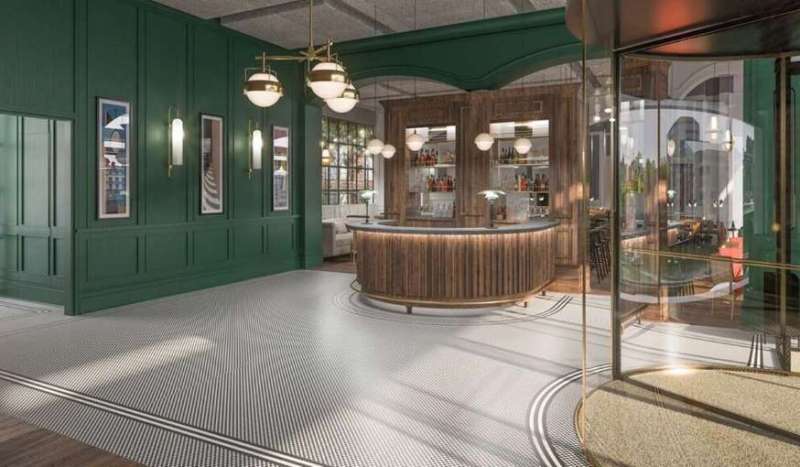 Dublin’s Ormond Hotel is famous with James Joyce devotees around the world as the scene for ‘The Sirens’ chapter of Ulysses. A landmark building in its own right, it’s set for a major make-over having been derelict for more than a decade.

The hotel is centre-stage in episode 11 of Ulysses, where Simon Dedalus drinks in a bar and talks with the bartenders, while Leopold Bloom dines in the restaurant with Richie Goulding.

The Ormond Hotel will reopen in early 2020 after a €25m redevelopment. An estimated 200-250 will be employed during the construction, with a further 90 staff to be employed when the hotel becomes operational in 18 months time.

The Georgian building’s new design aims to allude to its architectural history, by echoing the nearby structures of that era, as well as being built in brick and natural stone. It will pay homage to Joyce’s work by taking design cues.

There will also be text from the book inlaid in bronze on the floor of the new hotel. These delights are bound to thrill literature fans; despite being fully closed since 2006, it still makes every list of essential stops for any Bloomsday tour.

‘The Ormond Hotel has always lived large in the history of Dublin, not only as a prominent backdrop to James Joyce’s classic novel, “Ulysses” but as a fixture of the social scene outside of literature,’

‘In order to pay homage to this historic site, we channeled design cues from the origin of the hotel dating back to the late 19th century, while following Joyce’s sense of modernism to layer in furniture and fixtures inspired by Avant Garde and Bohemian artistic movements of the 1920’s.

‘We’re excited to be part of revitalising and incorporating the heritage of this building that has stood idle for over a decade now.’