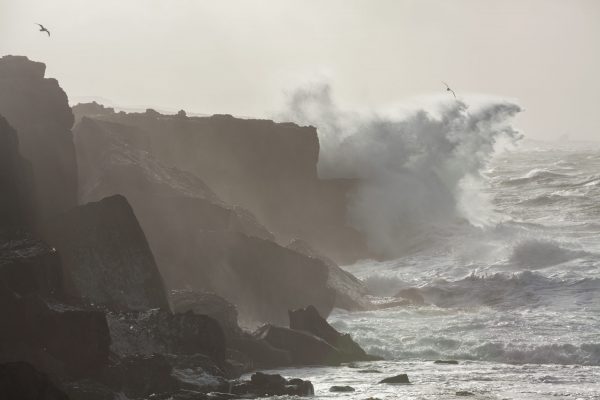 Halloween weekend is shaping up to be a wild one as Met Éireann has placed many warnings around the country due to storm Aiden.

The storm is believed to remnants of hurricane Zeta that battered the east coast of America this week.

Met Éireann’s Gavin Gallagher said, “One of the depressions that will impact us will be the remnants of ex-hurricane Zeta, which was over the eastern United States as of 3pm on Thursday”. “Very unsettled weather will occur over the Halloween weekend” warned Gallagher.

The forecaster has also highlighted the possibilities of “severe gusts and winds”. The warning comes as Carlow, Cork, Kerry, Kilkenny, Waterford, Wexford, and Wicklow have all been placed under a status orange warning. The warning comes into effect from 5am till 10am tomorrow morning with gusts of 130km/h are expected.

The same warning has been applied to counties Clare, Donegal, Galway, Mayo, and Sligo and will be in place from 8am to 4pm.

The rest of the country has been placed under a status yellow warning from 1am until tomorrow afternoon as severe gusts are expected.

Met Éireann has said that due to the heavy rainfall expected that surface and coastal flooding cannot be ruled out and has noted that at times it will be extremely stormy and windy.

Coastal flooding has not been ruled out, this is due to the combination of low pressure, high tides, and onshore winds.

For the latest updates on storm Aiden, click here.

With the bad lock down and bad weather, Radio Nova can keep you entertained. Tune in tonight at 10pm as we celebrate the 20th Anniversary of U2’s ‘All That You Can’t Leave Behind’. We’ll be playing U2’s 2001 Full Elevation show from Boston. We have plenty of prizes available all weekend including vinyl copies of the album, special edition box sets and a record player.

YOU CAN STILL CLICK TO DONATE: Radio Nova’s ‘Help Our Homeless’...

Calls For Selfie-Stands To Prevent Accidents Around Coastline