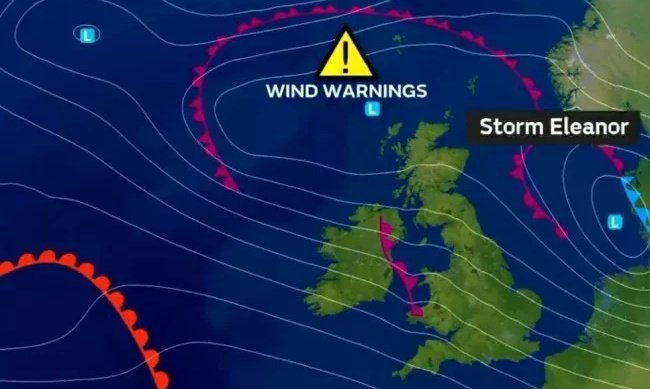 Met Éireann is warning that dangerous conditions and more coastal flooding is likely in the wake of Storm Eleanor.

Tens of thousands of people are still without power after high winds and coastal flooding caused chaos along the west coast.

Much of the worst damage is in Galway – where several homes and businesses in the city centre were under water last night.

The clean up is continuing this morning – after Storm Eleanor brought chaos – knocking out power to 55-thousand people and causing severe damage.

And it might not be over yet – high tide brings the risk of more flooding this morning.

Last night, dozens of people queued up for sandbags.

Met Éireann is appealing to the public to remain vigilant with exceptionally high seas and an orange wind warning in place along all western coastal counties until two o’clock this afternoon.

Meanwhile, the Government’s National Emergency Co-Ordination Group will meet to discuss the impact of the storm later.

‘You’ve never seen The Beatles like this before’: Peter Jackson