Advertisement
Home Music News Can You Play Wonderwall? Too Many People Can, But Liam Gallagher Can’t… 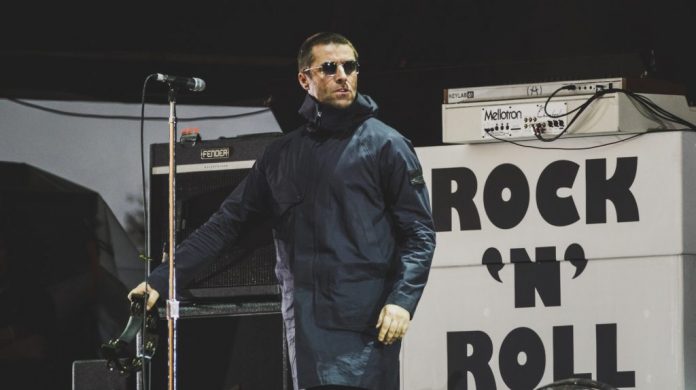 We can’t really believe this. A session isn’t a session if some lad doesn’t pick up a guitar and start playing the one, the only, ‘Wonderwall’. We all protest and groan, but we love it really. So the news that Liam Gallagher himself, still cannot play the ICONIC track baffles us.

But his son can, so does that make up for it?

Speaking to The Herald Sun, Gallagher said: ‘I don’t even know how to play it on guitar, man, that is the joke,’ he told The Herald Sun.  ‘My kid can play it, but seriously, I can’t.’

Gallagher recently played a gig in Australia, where he says the crowd sounded ‘biblical’ when singing Wonderwall.

“Gene’s still in sixth form but he’s desperate to be in a band. He plays guitar and drums, he’s on the lookout for band members. I’ve not heard him sing, but he’s got the attitude and the look for sure. He’s a good little guitar player; he’s better than me. I mean, I can’t play, but he’s good.”

Even though he can’t actually play the track himself, Liam did start introducing it into his own sets last year due to his fans’ demand.

“A lot of people give it a bit of stick; they say they’ve heard it a million times – but as soon as you play it people lose their shit over it and they’re all fucking buzzing,” he continued. “The way I see it there’s a new generation of people coming to see me or Noel [Gallagher] and they want to hear it. They’ve paid money so who am I not to play it? I don’t mind playing it. I love it. We play it with a cello and an acoustic guitar now; I think that’s how it should be done.”