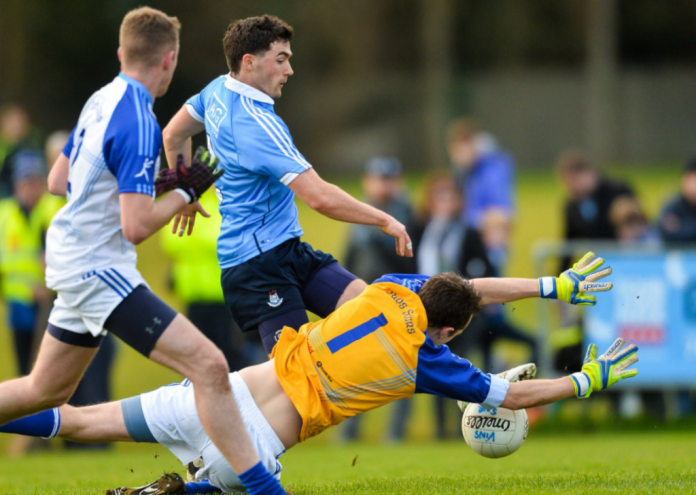 Storm Eleanor may have swept across the country yesterday, but it’s not deterring from the early 2018 GAA season as O’Byrne Cup and Walsh Cup action takes place this evening.

With most still in South Africa, Dublin named their second string team, however, they’ll still prove a tough encounter for the travelling Offaly side – that game kicks off at 8pm.

Kildare take on Louth at 8pm in Hawkfield in their first outing of the year, while Louth already suffered a loss to Longford at the weekend.

While Carlow come up against Meath on the back of a win over Wicklow over the festivities – that game takes place in Netwatch Cullen Park at 8pm.

Our Senior footballers return to action tomorrow as they take on @Offaly_GAA in the 1st round of the @BordnaMona O'Byrne Cup! Throw-in at 8pm in Parnell Park 💪 🏐 #UpTheDubs pic.twitter.com/GHSEtWY9el

Meanwhile, Walsh Cup action also continues for the hurlers; it sees Wexford’s first competitive game of the season as they take on Carlow who overcame Wicklow in the first round on a scoreline of 4-18 to 2-10 – the game takes place in Hollymount at 8pm.

Following a win over Kildare at the weekend, Laois see themselves at home versus hurling kingpins, Kilkenny who will be out to make an impression in 2018 – that game takes place at 7pm.

While the final game of the evening sees Meath take on the Dublin hurlers in Abbotstown at 8pm and we’re sure former Dublin football manager Pat Gilroy will want to start his 2018 hurling campaign off with a win.

Will you be heading to any of the games this evening? Keep us updated on Twitter…