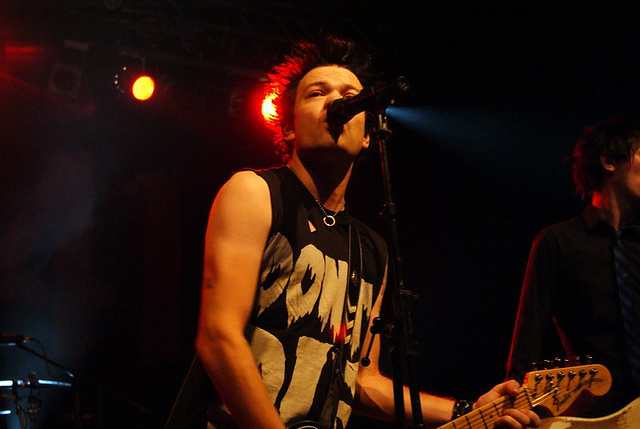 Sum 41 had to call off two shows in Paris after an ‘explosive device’ was detonated just outside one of the venues they were going to play.

Loudwire reports, that the punk pop rockers released a statement confirming the news there were no injuries when the device detonated.

It happened during load in of the band’s gear on Friday night, January 17 at Zenith in Paris. As a precautionary measure the band cancelled the show to ensure people’s safety.

According to the NME, a statement appeared on the band’s Instagram before then being deleted, reportedly said.

“Band, crew, the fans in line are all safe, and there were no injuries,” “Due to the intimate nature of our ‘Personal Space’ performances, we are unable to guarantee the safety of the fans in attendance. We are deeply saddened to announce that tonight’s show has been canceled.”

Loudwire reported the rest of the statement: “For refunds please contact your local Live Nation ticket outlet. We are currently discussing our options to schedule a make up show as soon as possible. Please stay tuned for updates in the coming weeks.”

The band have also called off their January 18 show at Les Etoiles in Paris. Via Twitter, the band wrote:

“Unfortunately, the Sum 41 show at Les Etoiles is cancelled tonight. All tickets will be refundable with your ticket sellers. Further details will be posted ASAP.”

Scartlett Johansson Releases Cover Of U2 Classic For Sing 2