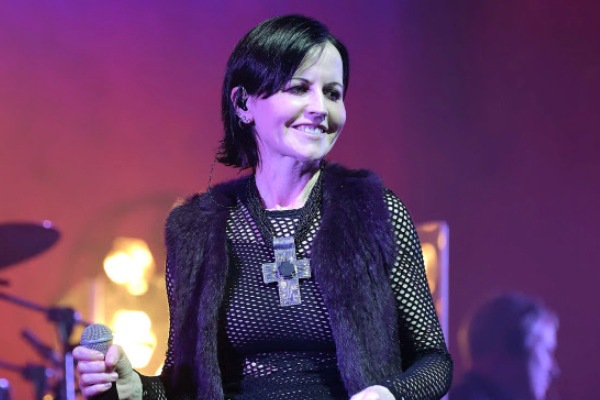 The Taoiseach has paid tribute to singer Dolores O’Riordan following her sudden death.

Tributes are continuing to flood in for the Cranberries front woman, who was found dead in a London hotel room on Monday, January 15th at the age of 46.

In her native Limerick, preparations are underway to honour the star, who found international fame with The Cranberries.

As the Dáil returned today, Leo Varadkar said the Cranberries singer was the ‘voice of a generation’.

President Michael D Higgins said he learned of the news with ‘great sadness’, adding: “To all those who follow and support Irish music, Irish musicians and the performing arts, her death will be a big loss.”

Musicians including Irish songwriter Hozier, said he was ‘shocked and saddened’, and that O’Riordan’s voice: “Threw into question what a voice could sound like in that context of rock. I’d never heard somebody use their instrument in that way.”

Stars including Johnny Depp, Bono and Nick Cave paid tribute at a concert in Dublin last night, celebrating The Pogues singer Shane McGowan’s 60th birthday. Bono and Johnny Depp sang Shane McGowan’s ‘Down All The Days‘, and Bono recited the lyrics of one of the Cranberries most famous songs.

An online book of condolence opened on the web at limerick.ie this morning so people can pay their respects.

We are devastated on the passing of our friend Dolores. She was an extraordinary talent and we feel very privileged to have been part of her life from 1989 when we started the Cranberries. The world has lost a true artist today.
Noel, Mike and Fergal

Don Burton was married to the Limerick native for more than 20 years before their divorce in 2014, and the couple had three children together; Taylor Baxter, Molly Leigh and Dakota Rain.

Canadian, Burton worked as a tour manager for Duran Duran who said they were ‘crushed’ by the news.

Dolores joined the Cranberries, previously once known as ‘Cranberry Saw Us’ in 1990, and continued as the band’s lead singer until 2003, and underscored their success with heartfelt vocals and her unmistakable accent.

Linger, reached the top 10 in the US and Ireland, Zombie reflected her anger at the troubles of the north and terrorism in the wake of the 1993 Warrington bombing by the IRA. No Need to Argue sold 17M copies, including 7M in the US, and their overall album sales topped 40M.

Her individuality, immense talent and frustrations with the music industry were encapsulated in this Guardian clip.

The Cranberries became widely known for Dolores O’Riordan's style, which combined a Celtic influence with vocals that could be sweet or biting, depending on the song’s mood https://t.co/BQsJImxPRA