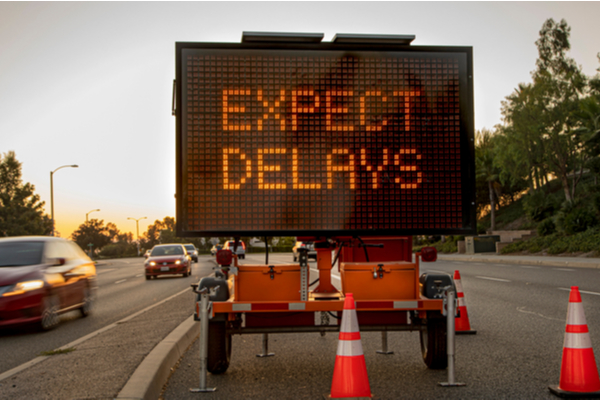 The RSA has defended the current lack of available bookings for its online theory test, as it is only a “pilot” project. Applicants, who have already been delayed by COVID-19 restrictions, face further delays in the ‘first come, first served’ programme. Learner drivers are now facing delays to book their test as it has already run out of available slots.

Learner drivers were hopeful of applying for the online theory test to get around the restrictions and speed up the process. However, applicants have been thwarted by the pilot system and now face further frustration as it simply will not take bookings.

Speaking to the Irish Times, the RSA explained the lack of availability is due to the current system being a “pilot”. They said the online driver theory test service includes cars and motorbikes on a “limited basis”, with 4,000 available slots per month. Due to the high demand for bookings, these slots have already been fully booked.

RSA’s Executive Officer for Communications, John Paul Guiheen said it has been “working to deliver an online service”. The new service is online and will make “4,000 online theory tests available for all categories of vehicles per month”. Guiheen said tests are available “on a first come, first served basis”, with a new online service more widely available later in the year. In the future, “many more” customers will be able to opt into doing their test online, “assuming the pilot phase is successful”.

Booking slots for the month of June 2021 have been released so far, with the RSA explaining dates for July and August would be released soon. Guiheen said driver theory tests have not been available to customers due to Government restrictions under public health advice.

“In light of the significant backlog of customers awaiting tests, the RSA will increase capacity in physical testing centres. This will see the number of tests in centres increase from an average of approximately 15,000 tests per month (pre-COVID) and will build up to 50,000 per month once the service is permitted to reopen.”

Guiheen concedes that the online system may not “immediately address the significant backlog”, but it does allow people sit a theory test remotely, “for all vehicle categories”. During the pilot phase, “remote online testing will be available initially on a limited basis. Extra capacity will be added later in the year to allow more customers to sit their theory test remotely.”

According to the Irish Times, an estimated 180,000 people await a driving test, including many key workers – although they can apply to be boosted up the list by filling out this form. Some applicants are held up by incompletion of their mandatory 12 professional lessons, while others are having hard/software issues. For the moment, the system is only compatible with PC-type computers running Windows 8, and will not work with an Apple product. However, the RSA has said that this issue should be fixed when the broader rollout happens later in the year.

Learner drivers seeking to complete their full driving test are facing higher insurance payments while they wait. Lying, waiting on the backlogged list, learners will need to fork out the extra cash for more expensive ‘learner’ policies.

Speaking to the Irish Times, Coverinaclick.ie Managing Director, Jonathan Hehir said: “The worsening driving test delays are costing many drivers between €300 and €600 extra in insurance premiums, and, without some intervention, the waiting time looks likely to get longer over the next few months. We are now faced with a growing timebomb in relation to driving tests in this country, the real impact of which will be felt by both motorists and the State itself in the months and years to come, by way of reduced safety on our roads, and higher premiums for those unable to attain their full licence due to testing delays.

“A recent report from the RSA warned that waiting times for tests could rise to more than 12 months without a significant increase in testing staff – this is a crazy scenario with something as important as the driving test. Already, delays since 2020 have meant that thousands of drivers throughout the country have missed out on significant savings on their insurance policies, because securing your full licence is a surefire way to push down your premiums – drivers can save anywhere between €300 and €600 at renewal time.”

Over 2 Million Euro Worth Of Drugs Seized At Dublin Airport