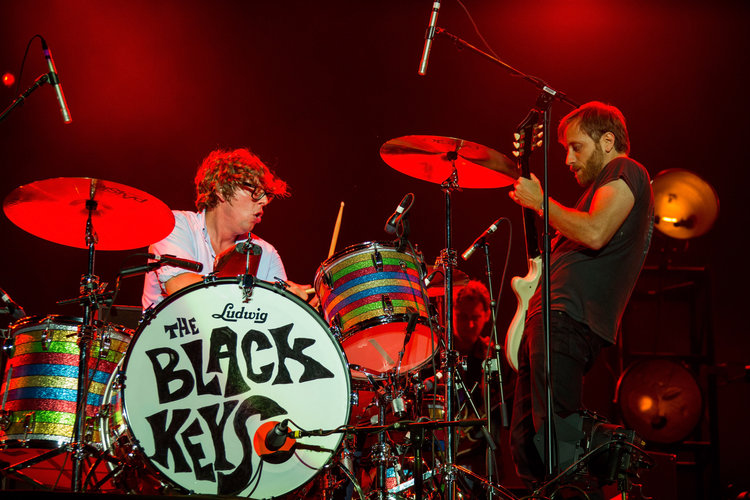 The Black Keys’ reunion has delivered a back to basics ninth record, Let’s Rock is due for release on June 28th. Let’s Rock was written in the studio and recorded live at Auerbach’s Easy Eye Sound in Nashville

In a press release via UCR, drummer Patrick Carney described the new LP: “The record is like a homage to electric guitar. We took a simple approach and trimmed all the fat like we used to.”

When the musicians got back together they admitted that the chemistry immediately started flowing again. Carney explained:

“We fell right back into it, really, day one. We wrote two songs the first day. We’re just fucking around, and that’s what comes out.”

That first single “Lo/Hi,” is currently at No. 3 on Billboard’s Mainstream Rock Songs and Alternative Songs charts. The second song from the album “Eagle Birds,” made its debut on Zane Lowe’s Beats 1 radio show yesterday. That’s streaming below.

Speaking to Rolling Stone, Auerbach revealed that inspiration for the record didn’t come from a happy place.

During the Nashville sessions, Auerbach said they discovered a newspaper clipping about Tennessee’s first execution in more than ten years. Guards reportedly asked the convicted murderer for any last words, and he said, “Let’s rock.”

The Black Keys’ new album comes with an electric chair on the cover! Auerbach remarked, “Nothing makes you think more about life than death.”

Since the last album Turn Blue (2014), Carney and Dan Auerbach have remained very busy on their own projects.

Carney wrote the theme for TV’s BoJack Horseman and started his own side project called Sad Planets. Auerbach started another band as well as working on a solo project and produced many other records.

The complete 12-song track listing for Let’s Rock is below. The record is already available for pre-order in all formats at the band’s website.

The Black Keys, ‘Let’s Rock’ Track Listing
“Shine a Little Light”
“Eagle Birds”
“Lo/Hi”
“Walk Across the Water”
“Tell Me Lies”
“Every Little Thing”
“Get Yourself Together”
“Sit Around and Miss You”
“Go”
“Breaking Down”
“Under the Gun”
“Fire Walk With Me”