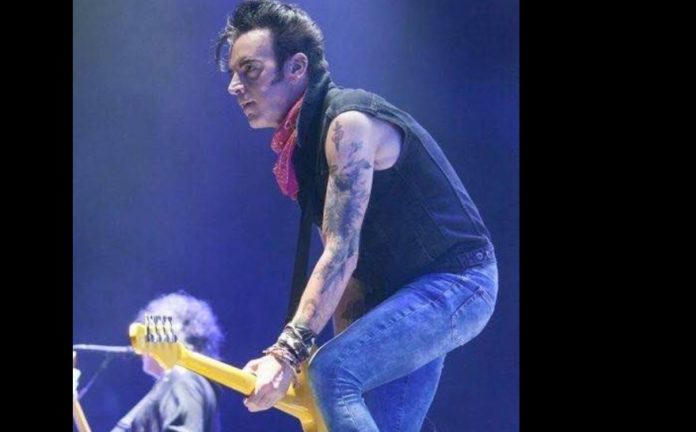 The Cure’s bassist, Simon Gallup has said that he has left the band.

Gallup wrote that his departure is “with a heavy heart”, adding that he is “fed up with betrayal”.

Gallup first joined the band in 1979, having been playing with Robert Smith’s side project Cult Hero.

Smith then left the Cure in 1982, before rejoining them two years later. He is the Cure’s second most longest serving band member behind frontman Robert Smith.

“With a slightly heavy heart”

But now, Gallup has confirmed his departure from the band for the second time via his official Facebook account.

“With a slightly heavy heart I am no longer a member of the Cure!”, he wrote. “Good luck to them all …”.

When asked by a friend if he was okay about this, Gallup said, “Im ok Vicky ..just got fed up of betrayal”.

Back in 2019, Gallup did also say that his relationship with Robert Smith was the most dangerous combination within the band “without question”.

“For me, the heart of the live band has always been Simon, and he’s always been my best friend”, Smith told NME at the time. “It’s weird that over the years and the decades he’s often been overlooked. He doesn’t do interviews, he isn’t really out there and he doesn’t play the role of a foil to me in public, and yet he’s absolutely vital to what we do”.

He also added, “We’ve had some difficult periods over the years but we’ve managed to maintain a very strong friendship that grew out of that shared experience from when we were teens. When you have friends like that, particularly for that long, it would take something really extraordinary for that friendship to break”.

Back in June, Robert Smith had also said that the next material released by the band would be their last.

“The new Cure stuff is very emotional”, he revealed. “It’s 10 years of life distilled into a couple of hours of intense stuff”.

“And I can’t think we’ll ever do anything else. I definitely can’t do this again”, he added.