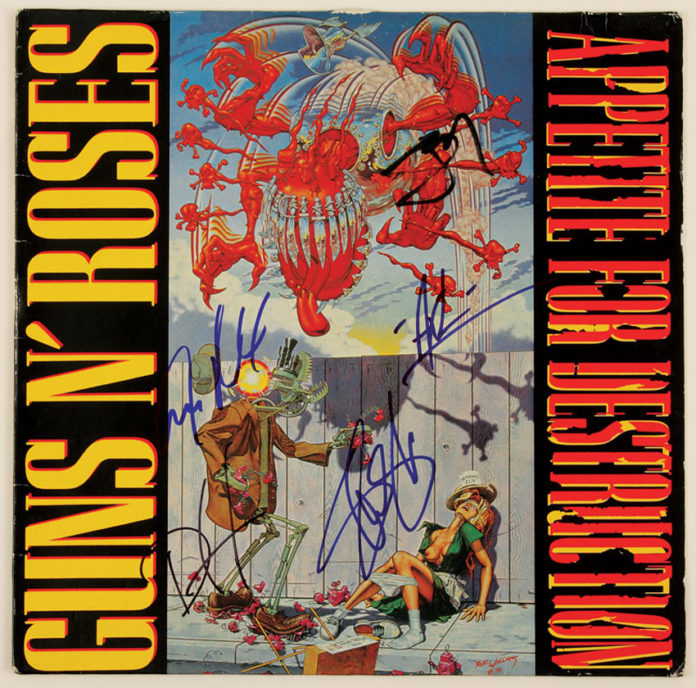 Every day on Radio Nova, just before 11am, we play a couple of songs key to “today in music history” Have a listen! But for now – here’s some light reading and watching. July 21st in Music History looks like this.

1969, The Beatles started work on ‘Come Together’ at Abbey Road. The song would become the opener on the ‘Abbey Road’ album.

1977, Despite protests, The Sex Pistols made their first appearance on Top Of The Pops where they lip-synched to their third single, ‘Pretty Vacant’.

1987, Guns N Roses released Appetite For Destruction, it went on to become the best-selling debut album of all time in the US.

1990, Roger Waters’ THE WALL took place at the Berlin Wall in Potzdamer Platz, Berlin to commemorate the fall of the Berlin Wall eight months earlier. Over 350,000 people attended and the event was broadcast live throughout the world.

2003, Coldplay singer Chris Martin was charged with malicious damage in Australia after he allegedly attacked a photographer’s car after he had taken pictures of him. Martin admitted he had lost his temper due to the constant harassment by this particular journalist so smashed his windscreen and let the air out of his tyres.

2007,  Don Arden (Sharon Osbourne’s dad) died in his Los Angeles nursing home at the age of 81. Dubbed the Al Capone of Pop for his uncompromising business practices, he pushed Black Sabbath, The Small faces and ELO to stardom.

Born today, Henry McCullough of Wings, Cat Stevens, Howie Epstien of The Heartbreakers and Jim Martin from Faith No More.