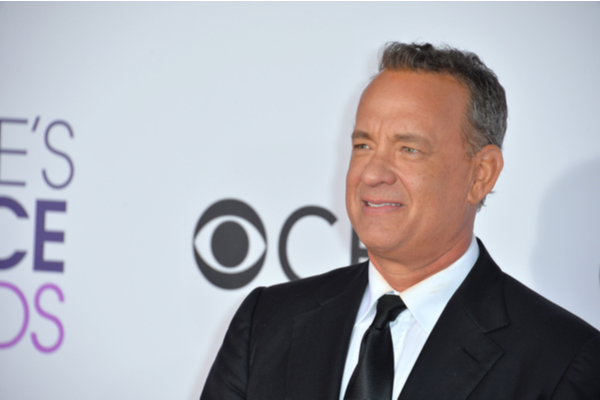 Speaking on the Bill Simmons Podcast, Tom Hanks has revealed his three favourite films that he has worked in.

Hanks revealed that he based his choices on the films that gave him the best personal experience, as opposed to “the way the movies came out”. Hanks won an Oscar for his role in the film Philadelphia and a Golden Globe for his portrayal of Forrest Gump.

However, neither made the cut as Hanks mentioned A League Of Their Own, Cloud Atlas and Cast Away as the three best films he has worked on.

“a circle of love”

Hanks picked baseball classic A League Of Their Own as it allowed him to play the sport all Summer, while they were filming.

The actor picked Cloud Atlas which was directed by the Wachowski twins and Tom Tykwer. Hanks also described the movie as a “shot on a hope and a dream and nothing but a circle of love”.

He continued, “That was the first time I’d ever shot extensively in Germany and I was surrounded by history”.

“But the work itself, we were part of this big, massive ensemble of fantastic people who were just trying to do the hardest, best work on a deep throw… that whole movie was such a deep throw that making it was magical”.

Cast Away was the final film mentioned by Hanks. He said that he had “bold adventures” when making this movie.

He also added, “We were out in the middle of the ocean trying to grab shots. We were out in Fiji and my whole family was with me,” he added. “Nothing but adventures every single day”.

Last month, Tom Hanks also gate crashed a wedding whilst out jogging at the beach in Santa Monica.

The happy couple in question Tashia and Diciembre Farris were tying the knot, when suddenly Hanks turned up.

Tashia explained how Hanks had been watching the ceremony from afar. According to Tashia, Tom had said that he “saw the ceremony from back there and it had to be one of the most beautiful ceremonies that I’ve ever seen”, she said. Find out more about this wonderful moment here.