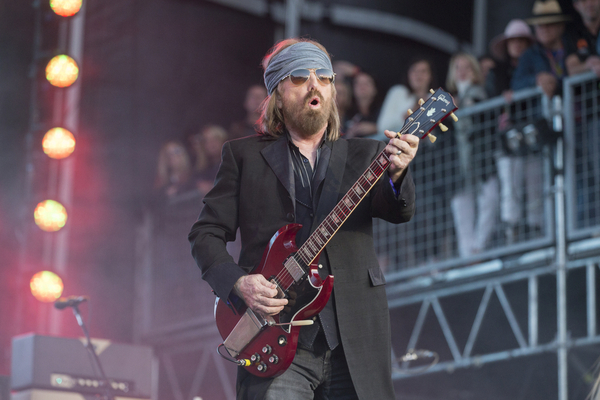 Tom Petty was posthumously honored by the University of Florida this weekend when the institution granted him an honorary doctorate in music, citing his notable contribution and influence in his hometown of Gainesville, Florida, where the university is located.

Petty previously worked as a groundskeeper for the university prior to starting his music career with the Heartbreakers in the early 1970s, though he never attended as a student.

“Tom Petty is widely considered among the most distinctive and influential musicians over the past 50 years,” university provost Joseph Glover said. “His presence remains significant as seen by abundant radio airplay and the popularity of events such as the Tom Petty birthday bash held in Gainesville. On the U.F. campus, Petty’s famous ‘I Won’t Back Down’ has become a mantra at athletic events – and I personally have heard President Fuchs sing it.”

Glover read the motion to give Petty the honorary doctorate to UoF president Kent Fuchs and the board of trustees last Friday (December 3).

Shortly after Petty’s death in 2017, the Florida Gators adopted the tradition of singing a rendition of the late singer’s “I Wont Back Down” at football games. The tradition still holds today.

Petty often lamented not being able to spend more time in his hometown, even writing a track titled “Gainesville” in 1998. In a 2005 interview with Gainesville Magazine, Petty admitted that he hadn’t been home in awhile, but that he” sure would love to. There’s really not too many days go by that I don’t think about it. I think about it quite a bit. One of my dreams is to really go back there, spend a little time and just go around and get nostalgic, you know? I loved it there.”

Check Out Our Interview With Transformers Star Mark Wahlberg