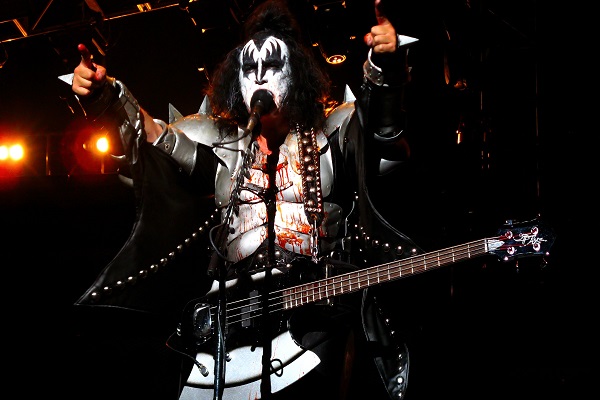 In a new interview, KISS bassist Gene Simmons has blamed former US president Donald Trump for allowing racism and conspiracy theories to be “out in the open”.

Simmons revealed that he met Mr Trump on several occasions, before he became US President in 2016, appearING on Trump’s US show Celebrity Apprentice.

Simmons appeared on the show, before being fired by Trump on week three. Piers Morgan eventually won that edition of the series. Actor Stephen Baldwin, boxing legend Lennox Lewis and UFC legend Tino Ortiz also featured on the show.

“I know the previous [US] president”, Simmons revealed, before launching into a no holes barred verbal assault on the former president.

“I knew him before he entered politics. Look what that gentleman did to this country and the polarization – got all the cockroaches to rise to the top. Once upon a time, you were embarrassed to be publicly racist and out there with conspiracy theories. Now it’s all out in the open because he allowed it”, Simmons claims.

Trump Is Only “Out for himself” Says Simmons

Gene Simmons also branded Donald Trump selfish, stating that he is “neither a Republican or a Democrat”, but just “out for himself”.

“We knew each other before [The Apprentice], in clubs and all that”, he said.

“You have a different responsibility when you’re just a citizen or an entrepreneur. You don’t make policy. It doesn’t affect life and death. When you get into a position of power, it does affect lives. I don’t think he’s a Republican or a Democrat. He’s out for himself, any way you can get there. And in the last election, over 70 million people bought it hook, line and sinker”.

Gene Simmons had claimed in a previous interview that he intentionally got fired, as KISS were due to tour Austrailia.

Last month, the rocker also reiterated his claims that “Rock is dead”. More on this here.