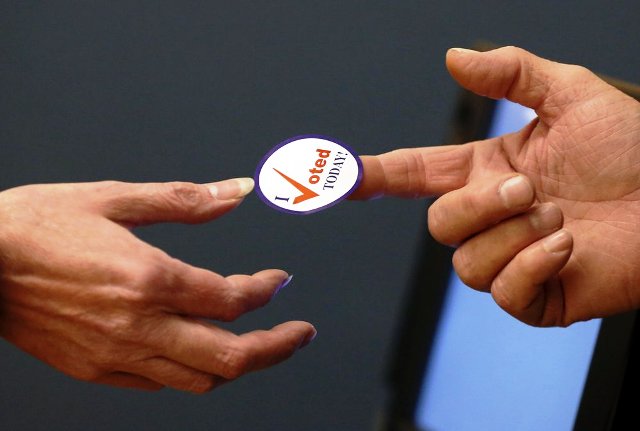 To any of the pundits or talking heads that do not give us proper credit for this great Midterm Election, just remember two words – FAKE NEWS!

Many Americans have woken up to a new political landscape in Washington. A night of drama saw Democrats win back control of the House of Representatives.

After what at times was a bitter campaign, Democrats won enough seats to take control of the House of Representatives though.

Reminder of the list of probes Dems could launch in House, compiled by Republicans and published by @Axios in August. Painful viewing for White House. pic.twitter.com/UG05imHBtp

Democrats success in taking the House of Representatives will strengthen the party’s hand in dealing with the White House agenda Donald Trump will face bigger battles now to get his policies accepted.

While the blue wave may not have materialised as expected, there has been something of a sea change in US politics with a series of firsts.

Included in that was the first two Muslim women elected, joining a record number of women in Congress that included the first two native Americans.

Also elected was the first openly gay governor of a US state in Colorado. Donald Trump’s conservatism seems to have emboldened his opponents.

However in the Senate it was a different story, with Republicans unseating several Democratic senators up for re-election in states that Trump won in 2016. It indicates many of the president’s supporters are still with him two years into office.

Projections suggested the Republicans could even increase their majority in the Senate, allowing them to push ahead with controversial judicial and cabinet appointments with less fear of rebellions.

Received so many Congratulations from so many on our Big Victory last night, including from foreign nations (friends) that were waiting me out, and hoping, on Trade Deals. Now we can all get back to work and get things done!

Tremendous success tonight. Thank you to all!

Donald Trump after years of badgering Nancy Pelosi appeared conciliatory in his stream of tweets, towards the expectant new leader of house:

In all fairness, Nancy Pelosi deserves to be chosen Speaker of the House by the Democrats. If they give her a hard time, perhaps we will add some Republican votes. She has earned this great honor!

Seven Million Euro Worth Of Drugs Seized In Meath