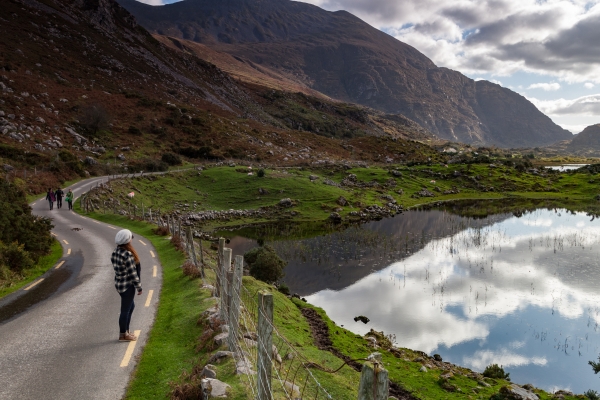 Two American tourists have died following an incident involving a pony and trap at the Gap of Dunloe in County Kerry.

It happened at around 1.50pm this afternoon. The victims are believed to be a man and woman in their fifties or sixties.

Gardai and emergency services including the Kerry Mountain Rescue arrived swiftly at the scene. It’s believed there were no other vehicles involved.

The road has been closed and vehicles have been diverted. South Kerry Coroner Aisling O’Sullivan and Garda Forensic Teams are also on-site.

Killarney Superintendent Flor Murphy has described the accident as ‘tragic’. A forensic road crash investigation is due to take place later.

Locals are said to be shocked at the tragic accident which took place at the beginning of Killarney’s traditional tourist season.

Gardaí are asking for people who were in the area at the time of the incident to contact them.

Killarney Chamber of Tourism & Commerce has expressed its sympathy and support the family at the centre of the tragic accident at the Gap of Dunloe this afternoon.

Chamber President Paul O’Neill said  “We are all shocked and saddened by this most tragic accident.  The Gap of Dunloe is one Ireland’s most popular tourist destinations, a place that brings joy to tourists the world over and we are devastated that a visit to it by this couple would end in such tragic circumstances.  The people of Killarney extend our heartfelt sympathies to all affected by this tragedy and will do whatever we can to support the family during this very sad time.”

Young People Are Being Warned About The Use Of Steroids