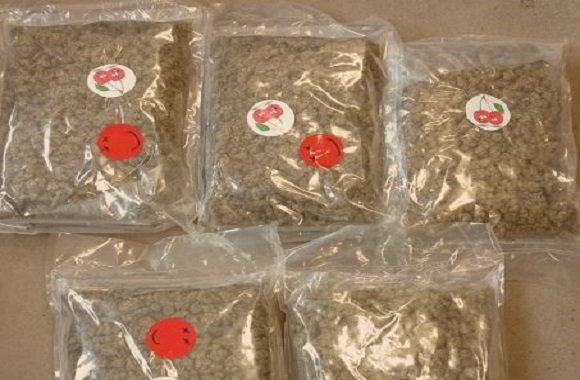 Two men have been arrested in Ballymun. That’s after gardai seized cannabis herb worth over €100,000.

The young men, aged 19 and 20, were stopped by officers on a motorbike yesterday evening. The discovery took place at an area known as “Seven Pitches”.

According to reports, one of the men was carrying a box which had 5.6 kilos of cannabis herb. The quantity which has an approximate street value of €110,000.

According to a garda spokesman the seizure happened: “On Saturday, September 28, 2019, Gardaí attached to the Special Crime Task Force and the Ballymun District Drugs Unit.”

“[The unit have been] monitoring the sale and supply of drugs in the area intercepted two (2) males on a motorcycle on waste ground in an area known locally as ‘Seven Pitches’ in the Ballymun area of Dublin 11.”

“One of the males was carrying a box which contained 5.6 kilos of Cannabis Herb (subject to analysis) with an estimated street value of €110,000.”

“Both men (19yrs and 20yrs) were arrested and are detained at Ballymun under the provisions of Section 2- Criminal Justice (Drug Trafficking) Act 1996.”

NPHET Advise Cabinet On Removal of Almost All Hospitality Restrictions